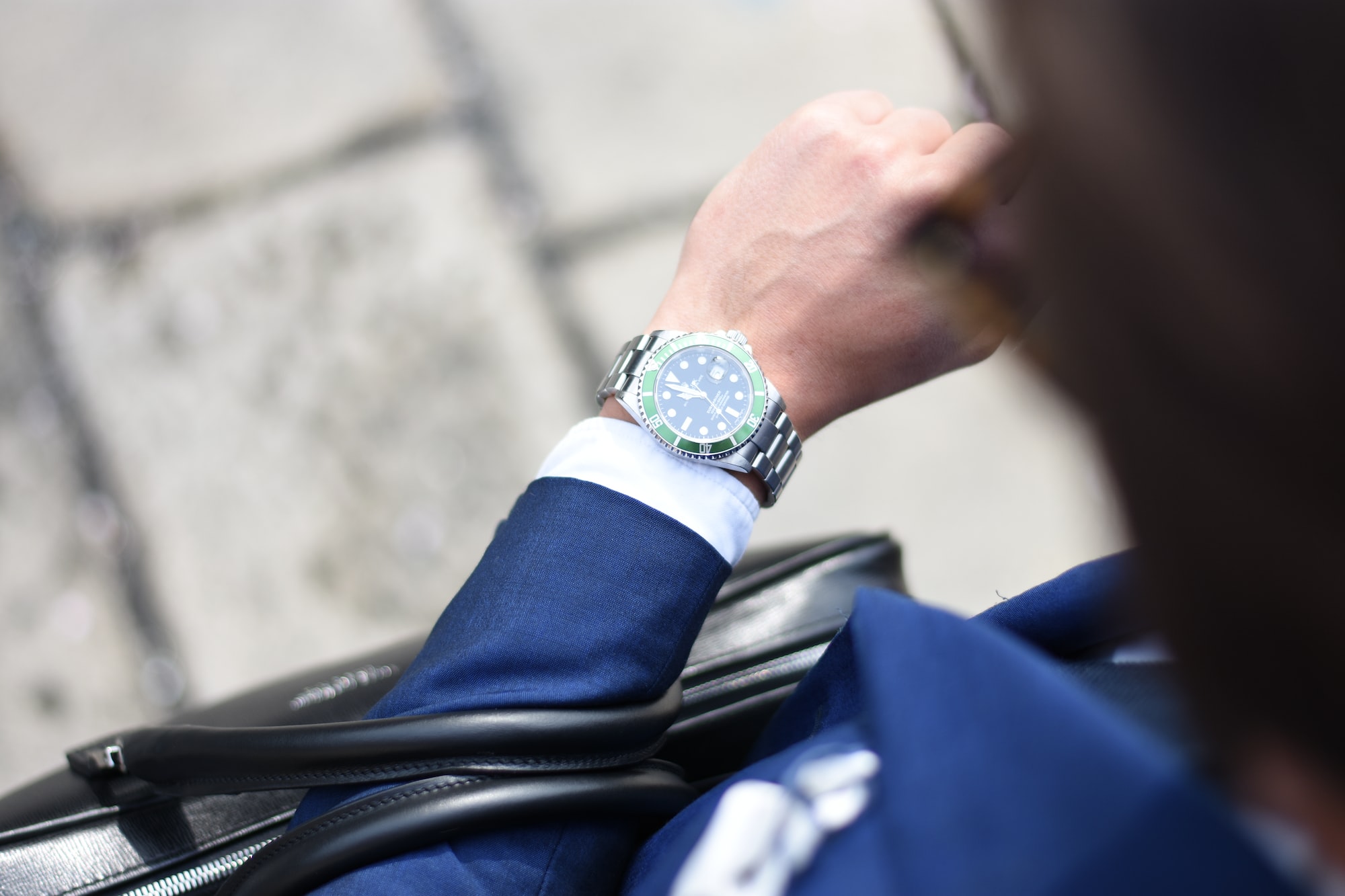 While the watch industry is known for being one of the slowest moving industries in terms of its core principles and attitude towards product creation, innovation, and consumers, those consumers themselves are never without a voice. While the industry may not take them as seriously as it should, one thing they take very seriously is creating trends and ensuring they remain on them.

If the industry itself refuses to change, then those who wish it would find ways to change its perception of it at the very least. They achieve this by focusing on the areas of the industry perhaps expects them to ignore.

This kind of rebellious autonomy is sure to catch the attention of others. Playing against this type always works well for those in the public eye, and the recent wrist candy choices of the world’s most known personality, should not be ignored.

While the industry continues to the hype, the resurgence in popularity of horologically simple luxury steel sports watches (such as the Patek Philippe Nautilus, the Audemars Piguet Royal Oak, and the Vacheron Constantin Overseas), cannier superstars have turned their attentions elsewhere.

Recently, some very off-beat Patek Philippe watches have been popping up on the wrists of some of the world’s most visible celebrities. Canadian music legend Drake has been snapped wearing a rather flashy diamond-encrusted Ellipse model with a sun-ray blue dial, in a move that was as predictable as Madonna stepping onto a red carpet dressed in her grandmother’s curtains.

If you think that sounds exactly like the sort of thing Madonna would do, maybe you would be right. That’s because it’s what genuine celebrities do when they want to get noticed because innovators zig when everyone else zags. And it’s an undeniable power play for a celeb to thumb their nose at the established order. It shows that no one, not even the most influential watch companies in the world, can tell them what to do.

Sticking with Patek Philippe, look at the latest watch to join the collection of infamous Irish martial artist Conor McGregor. This Irish-themed Patek Philippe Ref 5905 Annual Calendar Chronograph in platinum has an arresting Kelly green dial and strap. (It also came with matching Patek Philippe cufflinks when he picked it up from Dublin’s most famous luxury watch retailer, Weir & Sons on Grafton Street).

At a time when seeing the over-hyped Patek Philippe 5711 Nautilus with the Tiffany & Co. blue dial on McGregor’s wrist would likely have sent the internet into a meltdown from which it might never have recovered, he chose a different direction. Love him or hate him — is anyone indifferent to Conor McGregor? — it’s hard to admit he knows how to draw attention to himself. Even if it is occasionally for dropping six-figure sums of a pair of questionable Jacob & Co. Timepieces…

But Drake and McGregor’s decision to shun watches the industry secretly implores them to promote is not unique. Celebrities have, in recent years, turned away from the hype brands and forged new trends of their own. Of course, it often doesn’t take too long for the rest of the world to latch onto these trends and make them mainstream themselves, but that doesn’t make them any less exciting or intriguing while they’re on the up.

A Jeweler First And A Watchmaker Second?

Take the Cartier brand, for example. During watchmaking’s quartz crisis/revolution (however you choose to see it) of the seventies and throughout the rebuilding years of the industry’s mechanical wing, Cartier wisely leaned on its perhaps more esteemed heritage as a jeweler rather than a watchmaking specialist. For those in the know, this was always strange, given Louis Cartier’s immense contribution to horology (and the fact he is widely agreed to have been the first to commercialize wristwatches for men).

Reasonably Cartier was a “jewelry” brand that reduced its appeal to its male audience. Cartier responded in kind by releasing a number of exciting watches for women that were rather dull (in comparison) to watches for men. And yet, when perhaps the brand least expected it, megastars such as Kanye West, Leon Bridges, Tyler the Creator, and others revived the brand’s cachet out of nowhere. They took a brand from limping in the cold stakes and placed it squarely in the center of the hip-hop scene.

Can Kanye Be Trusted?

So what does this mean for the average consumer? Perhaps the best thing about celebrities so openly going against the grain is the legitimacy it gives consumers choice. Kanye choosing a Cartier doesn’t mean as much as Kanye not choosing a Rolex or a Patek or an AP. It empowers individuality. Overall, this could be a wonderful thing for the industry if more and more consumers buy what they like (because they like it) and not what brands tell them to appreciate (and because they hope it will garner them a monetary return on their investment).

And in the wake of the craziest period of over-paying for watches whose scarcity has more than a whiff of contrition. We might well be entering a new phase. All hail 2022, the year the dress watch makes its long-awaited return!