As some of you may recall, the history of Panerai watches started with the Radiomir, but the classic Panerai Luminor is anything but a recent addition. While the Luminor is not Panerai’s very first watch, it is often the one that first comes to mind whenever someone thinks of the famous Italian luxury watch manufacturer.

The sophomore effort from the brand arrived approximately 14 years after its sibling in 1949, taking its name (once again) from a patent for luminous material filed by the brand a year earlier. Luminor (the substance) was a successor to the Radium-based Radiomir luminous material, this time using tritium as its base, and it would go on to become the name of one of Panerai’s most famous lines of watches. Click here for our Ultimate Buying Guide on the Panerai Luminor. Panerai Luminor watches are characterized by the large, oversized bridge that extends over their winding crowns and allows their users to lock them down to prevent moisture intrusion. While all Luminor watches have this signature feature, the Panerai Luminor Marina is the version of the watch that also has a seconds hand, rather than just being able to display the hours and minutes. The Panerai Luminor PAM1392 is a modern version of the Luminor that was part of a generation that first appeared in 2016, further expanding the brand’s signature collection. The watch features a 42mm steel case, housing a matte-finished black dial with cream-colored indices that give the piece a slightly aged look. More importantly, the PAM 1392 was fitted with one of Panerai’s in-house movements, the automatic cal. P.9010.

Panerai has been making a concerted effort to convert its entire model line to in-house calibers over the years, and the vast majority of the brand’s current-production models are now powered by an in-house movement. What sets the P.9010 apart, among other things, is the fact that it is an automatic-winding movement with a 3-day power reserve, delivered via a pair of mainspring barrels. The vast majority of luxury watches competing in this price bracket offer a power reserve in the ballpark of 40-50 hours, and though the added running time is unlikely to be a dealbreaker for anyone, it’s certainly a nice bonus and allows a watch to be removed on a Friday and still be running by the time you go to wear it again on Monday morning. 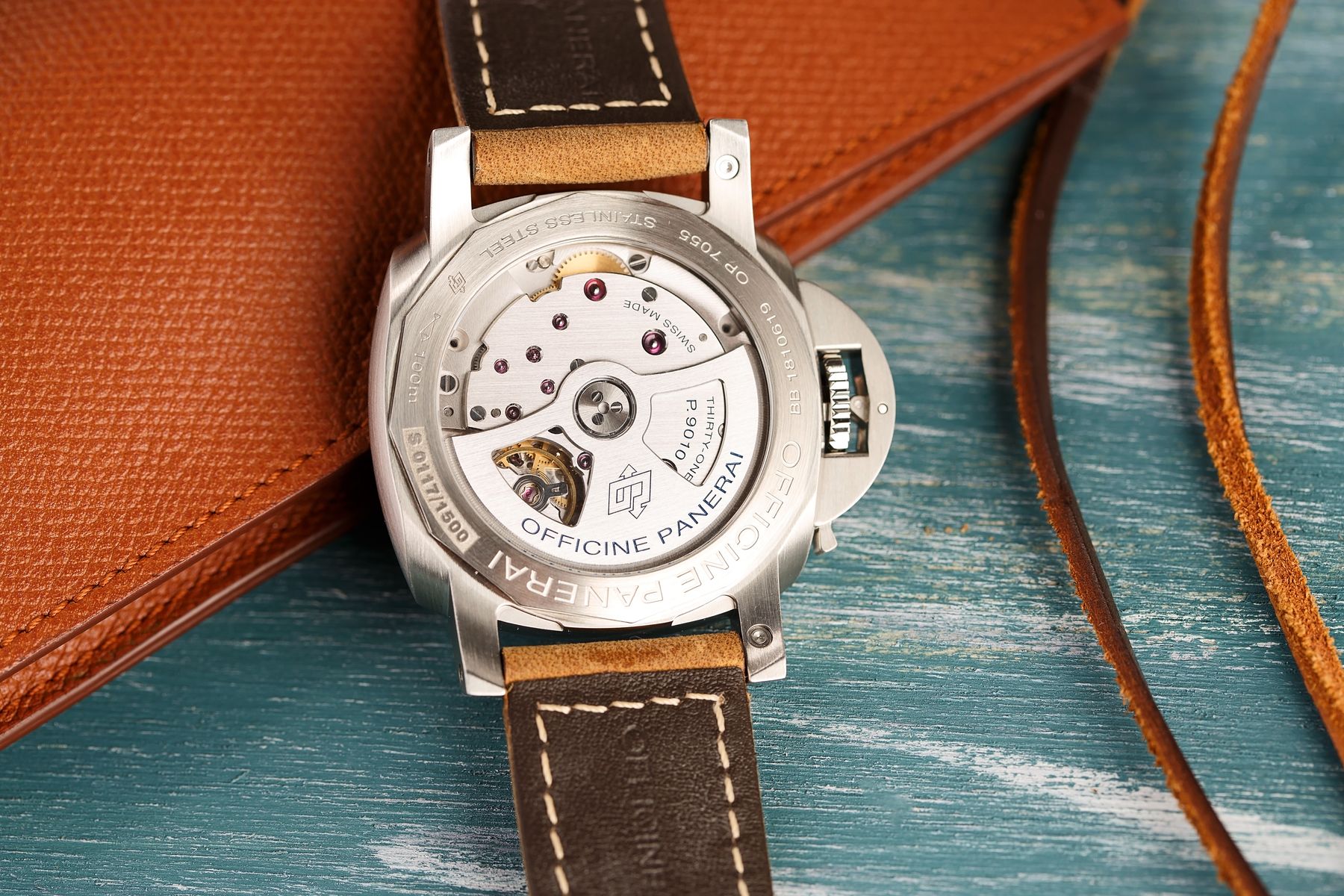 Although the Panerai Luminor is now considered more of a daily-wear casual watch, at its roots, the model was originally created for diving and use in the water. When fitted with the correct strap, the Luminor is still perfectly capable of spending some time underwater, and its prominent locking crown guard bridge helps keep the winding crown sealed so that moisture does not get inside the case.

The Panerai Luminor PAM 1392 is rated to 10bar (roughly 100 meters), which is more than adequate for spending time in the pool, surfing, snorkeling, and even most mild recreational diving for that matter.  That said, once fitted with its supple calfskin leather strap, the Panerai Luminor Marina 1950 3 Days Automatic is the perfect companion for everything from running weekend errands to a casual night out on the town. Arguably more than any other model, the Luminor is the watch that is most symbolic of Panerai, and it offers a bold and distinct aesthetic that is celebrated throughout the watch industry.