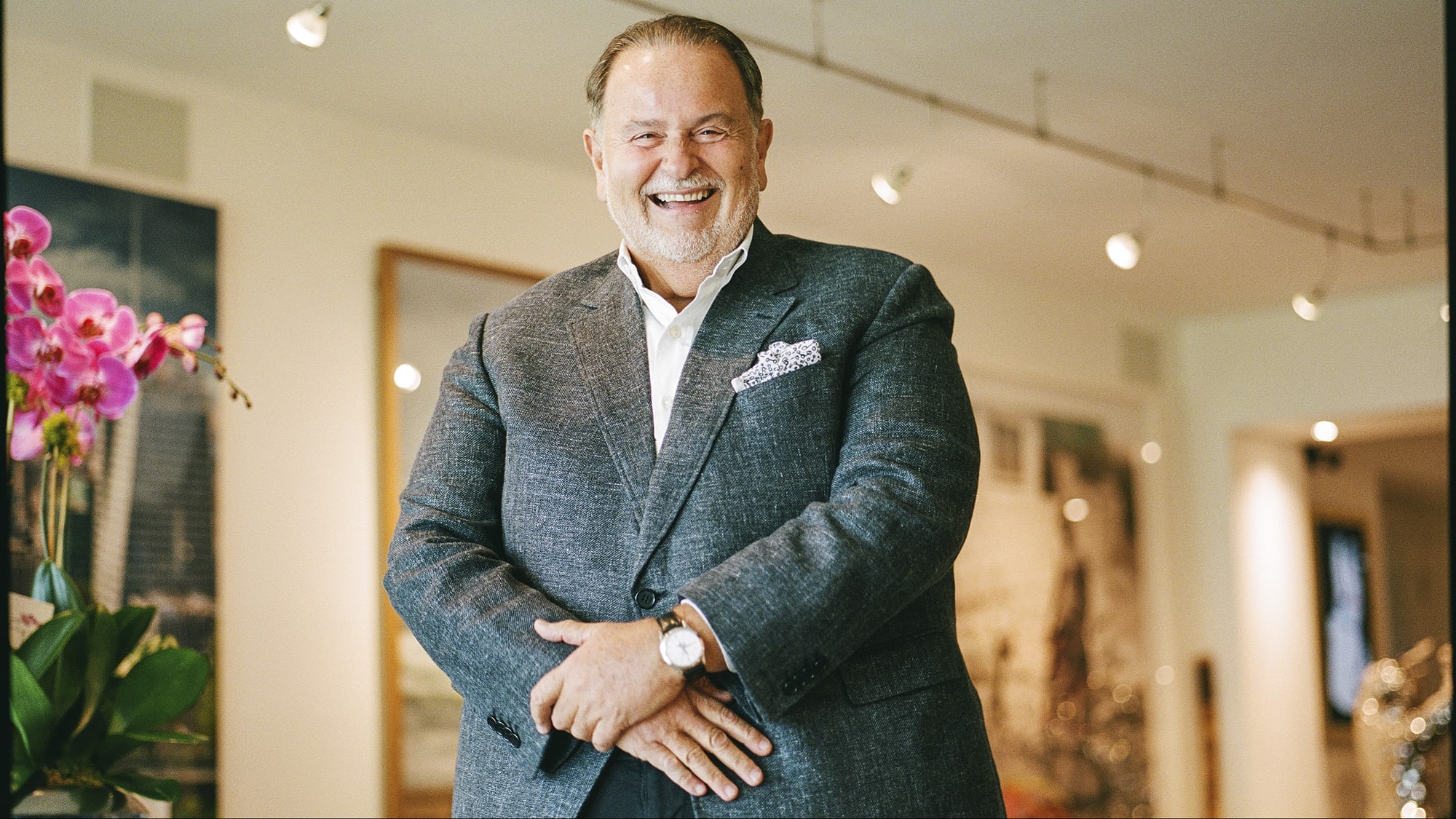 Back in 2015, Univision talk-show host Raúl de Molina appeared with Ben Clymer on an episode of Talking Watches. The video is a treat for a number of reasons (including the vision of Ben wearing a pink button-down shirt and sneakers on the beach), but for our purposes, its main attraction was de Molina’s large-and-in-charge watch collection. “I’m going to tell you something,” he says today. “Before, I used to like the big watches a lot. And now I don’t want to wear anything more than 42 millimeters or, or 40 – I think that’s perfect. I don’t know if it’s because I’m getting old or they weigh a lot or what.”

Still, he hasn’t exactly sold off the big boys. In fact, he’s never sold a watch. Traded, maybe, but not sold. The pieces you see here are the ones he’s feeling right now – and only one overlaps with the examples he showed Ben seven years ago.

De Molina, 62, does still have the same day job as co-host of El Gordo y La Flaca, a sort of Spanish-language Live With Regis & Kathie Lee, alongside Lili Estefan. And his collection – which started with an Omega he received as a teenager growing up in Spain – remains robust. “I probably have about 60 watches,” de Molina says, though he admits “I haven’t counted them lately.” Read on for a second look at what he’s got, and stick around for the street-legal car that nods to his lifelong fascination with auto racing.

De Molina has always loved motorsports. In the mid- to late-1970s, as a young photographer, he attended the 12 Hours of Sebring race in Florida – and lo and behold, he ran into Mr. Daytona himself. “I took a picture as Paul Newman was walking out of the car. I followed him around, taking pictures as he was going into his motor home, and he was wearing one of his Rolex Daytonas. I loved that watch then.” Now, all these years later, he has his own. It’s nice, but it hasn’t totally scratched the itch: “If I was going to buy a watch today, the only watch that I have my eyes on is the gold Rolex Daytona with the green face. That one I would love to buy. When it was $49,000 or $50,000 I thought, ‘Oh my God, I’m going to wait until it drops a little bit.’ And now it’s selling for $80,000 sometimes?”

This one took a little persistence. De Molina tried to acquire an earlier bronze Panerai, but another collector swept in and grabbed it from under his nose. So he’s proud to have gotten his hands on this one – even though its jumbo 47mm size has fallen out of favor – because he remains smitten with the look of the bronze and the way it patinates. The piece you see here has darkened over time. “I clean it a little bit sometimes. Some people don’t want to clean it. I have heard people tell me that they put tomato sauce on it – I’m not kidding. Someone told me this, and later I asked the salesman and he said, ‘Yeah, I know people that do that.’ They put sauce on with a toothbrush to make it look even older. I haven’t done any of that.”

Unlike a lot of collectors, de Molina isn’t afraid of a busy dial – including, in this case, a double moonphase to accurately depict the heavenly body in both hemispheres. “To me it’s very interesting with the perpetual calendar and all the complications.” In fact, he doesn’t just think it’s interesting. He thinks it’s camera-ready. “I like to wear it on the show a lot,” he says. “I get a lot of people who don’t know about watches saying, ‘What kind of watch is that?’”

“This,” he says, “is a classic.” It certainly is. It’s one of those hall-of-fame dress watches that commands reverence as a fixture of old-school complicated Patek watchmaking. It also marks another evolution in this collector’s tastes. Back in 2015, de Molina told Ben that his red-carpet watch was an oval Audemars Piguet Millenary. Now, he says, the Patek is what he’ll wear with a tuxedo at the Latin Grammys. “Patek Philippe makes a small watch,” he says, “but this one looks good on me.”

If you’re a racing enthusiast, you already know what this is: A modern iteration of the car that won the 24 Hours of LeMans in the 1960s and beat a certain Italian rival, as depicted in Ford vs. Ferrari. His own model is from 2006, and he treats it like his baby. “I only have 1,700 miles on it. To me, it has not been a great investment – but it’s a very great car.”

The Hodinkee Shop carries pre-owned and vintage watches from these brands and others; explore the collection here.