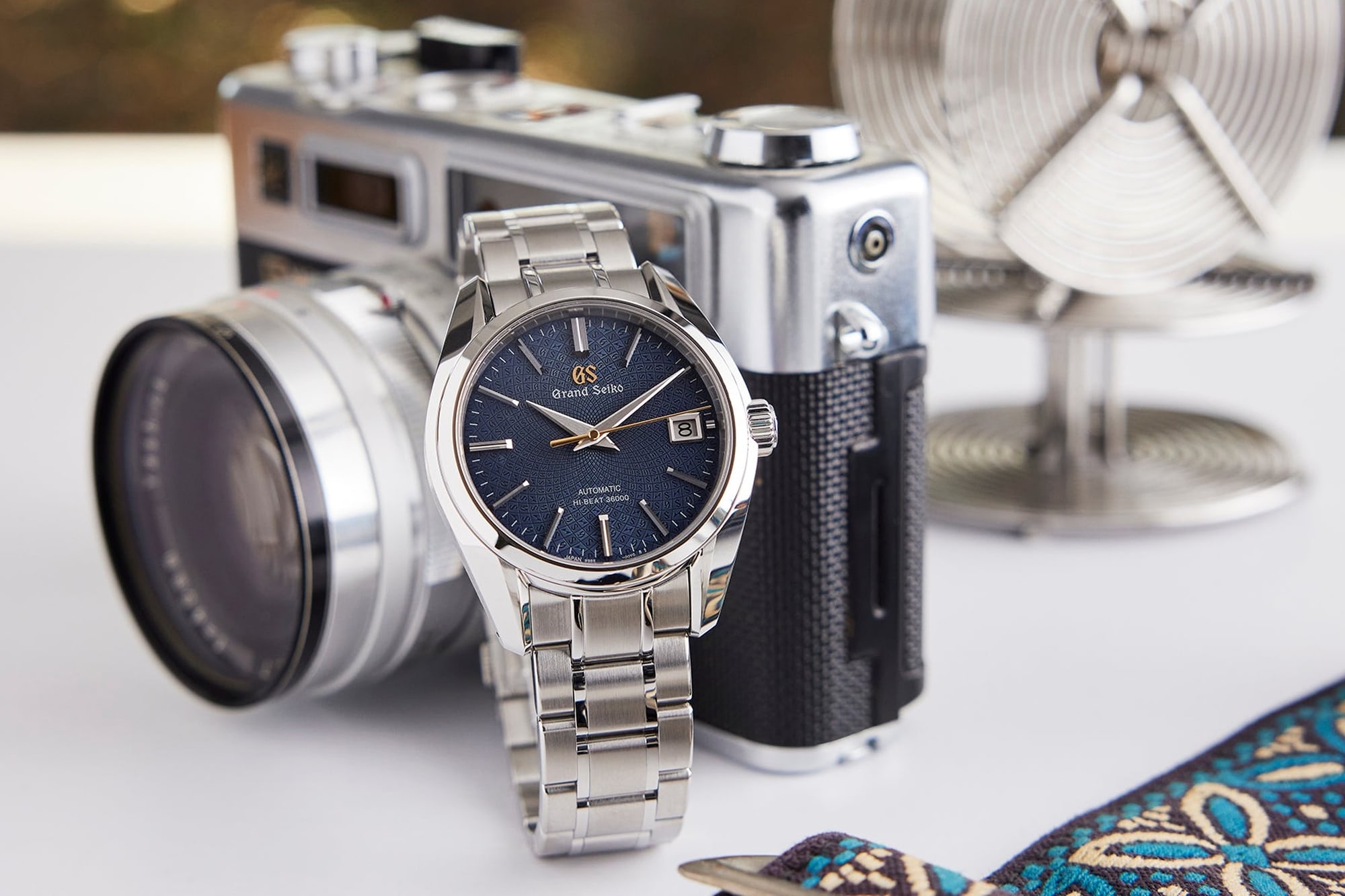 Another Thursday, another round of HODINKEE Pre-Owned highlights.

This week we’ve put together a brief selection of six of the more esoteric and fun pre-owned watches to land on the site. As always, head over to our dedicated HODINKEE Pre-Owned homepage to browse hundreds of watches, with new pieces added daily, or read on to check out a few of our team’s recent favorite additions.

The 2022 Beijing Winter Olympics kick off on February 4, a little over two weeks away and a little over six months since the 2020 Tokyo Summer Olympics wrapped up. Time shenanigans aside, this will be – hopefully – the only time that such a discrepancy exists, which makes the watches being produced by OMEGA in recognition of each Olympic Games an interesting souvenir of the times we’re currently in.

To celebrate Japan’s second time hosting the Summer Games, OMEGA released a collection of five Speedmaster Professionals, one styled in the color of each of the five Olympic rings, and two Seamasters. Future oddity status or not, OMEGA tapping the Speedmaster Professional in the Tokyo 2020 releases came as no surprise – the pairing just makes sense. In terms of execution, OMEGA did a very nice job with these watches, the five variants for each Olympic Ring have their own character as standalone objects while presenting beautifully as a set. We have a single example of the Tokyo 2020 “Blue Ring” Speedmaster, which was limited to 2,020 pieces, available now in the HODINKEE Shop.

While a few other 2022 anniversaries are grabbing all the early attention, Vacheron has a pretty cool celebration of its own to keep in mind for later this year: the 45th anniversary of the original Vacheron Constantin 222.

The 222 was released in 1977 to meet the demand for sport watches with integrated bracelets that had been kicked off by the release of watches such as the Audemars Piguet Royal and Patek Philippe Nautilus earlier in the decade. The 222 – named after Vacheron’s 222nd anniversary, which took place that year – has had a direct influence on the creation of one of the most desirable contemporary Vacheron creations – the Overseas, a sophisticated sport watch for the discerning watch lover.

From top to bottom, the Overseas Dual Time ref. 7900V we have today is a thoroughly luxurious timepiece that all starts with its stainless steel case profile. Measuring 41mm in diameter, the angular and confident case has expert polishing and precise brushing from all sides. The dial of the Overseas Dual Time continues the narrative outlined by the case, yet through its execution reminds us all that this is absolutely a Vacheron timepiece. The asymmetrical dial configuration features a central seconds hands, a large six o’clock-positioned sub-dial for the date, a GMT hand, and an AM/PM indicator at nine o’clock.

The Grand Seiko SBGH267 was released in 2018 as a worldwide limited edition of just 1,500 pieces to commemorate the 20th anniversary of the caliber 9S. The most memorable part of the watch? A brilliant blue dial motif executed in a spiral configuration. with a unique intertwined engraving that incorporates the current Grand Seiko logo, as well as the emblem of the Daini Seikosha – a factory that operated within the greater Seiko organization from 1959 to 1985.

The 39.5mm stainless steel case is a wonderfully balanced size with proportions suited to a solid range of wrist sizes. Inside its exceptionally finished case is the self-winding Hi-Beat caliber 9S85, with 55 hours of running autonomy and an accuracy rating between plus-five and minus-three seconds a day. Oh, and you’ll want to check out the vibrant blue tungsten and anodized titanium oscillating weight that’s visible through the sapphire crystal caseback – not bad, right?

Hublot is well-known for its deep relationships within the world of professional sports. Usually executed through the lens of marketing collaborations and partnerships, it’s easy to get cynical about these sorts of things. But it’s also important to recognize when something genuinely novel is brought to the table. And that’s exactly what we have here with the Big Bang UNICO Golf.  You might not realize it at first, but one of the most taxing and potentially problematic sports to wear a mechanical watch while playing is golf, due to the high shock factor involved in hitting a golf ball. Well, Hublot sought to remedy the issue by collaborating with professional golfer Dustin Johnson in 2018 on the Big Bang UNICO Golf, which negates the effects of most shocks and can function as a mechanical scorecard for the wrist.

The watch enables any golf lover to keep track of an individual player’s strokes throughout their game, in addition to the number of strokes taken on their current hole. All of this is operated through pushers on the right side of the case as well as a reset button shaped like a golf tee on the left-hand side of the case at eight o’clock. At 45mm in diameter, the UNICO Golf watch sure puts the “Big” in Big Bang, but it weighs just 98 grams, thanks to the use of Texalium – a composite of fiberglass, aluminum, and carbon fiber – in the case.

Capable of tracking two timezones at once, the Jaeger-LeCoultre Master Control Geographic is overflowing with technical watchmaking ability in a totally visually coherent package. At 40mm in diameter, the slender steel case of the Geographic is, like all Master Control models, focused on minimalism through its silver sunburst base with an intermix of Arabic numerals and pointed markers throughout the dial.

Where this model goes its own way, however, is through the various complications that dictate its unique functionality. There’s a sub-dial for a pointer date, a power reserve, a second-time zone sub-dial, and its supersized city disk from 4:30 to 6:30 – a lot going on for such a sleek design.

This particular five-digit ref. 16610LV designates one of the relatively newer models, produced in the 2000s. The original ref. 16610 debuted in 1987 and was notable for its aluminum bezel insert, which would be replaced by ceramic in the next iteration. In addition, the ref. 16610 marked the shift from tritium to LumiNova and drilled to non-drilled lugs. The ref. 16610 would go on to be produced for over two decades, and in that time, one particular reference became especially popular.

In 2003, to commemorate the collection’s 50-year anniversary, Rolex introduced the ref. 16610LV you see here, today. The ref. 16610LV showcased an all-new colorway, featuring a bright green bezel and contrasting black maxi dial. Soon, this model garnered the affectionate nickname “Kermit,” after Jim Henson’s beloved character from The Muppets. By 2010, Rolex would retire the Kermit in favor of an all-new green model dubbed the “Hulk.”

The example of the Kermit currently available in HODINKEE Pre-Owned features the highly desirable “flat 4” bezel, without serifs, that comes from the first year of production for the 16610LV.