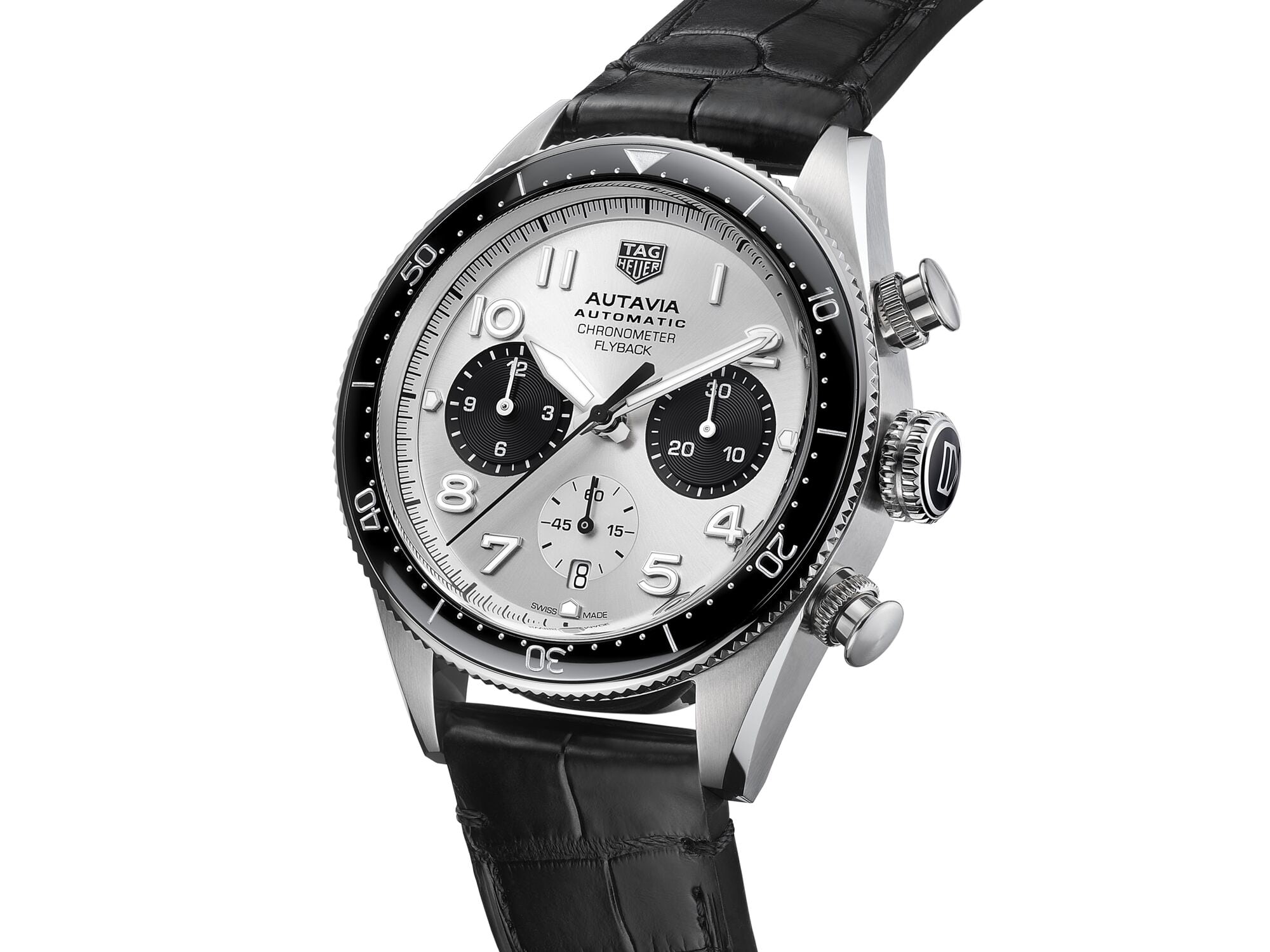 The Autavia is one of the most important chronographs in watchmaking. Period.

It’s the oldest of TAG Heuer’s (née Heuer) trio of notable chronograph wristwatches, debuting in 1962 at the hand of the 28-year-old Jack Heuer during his first year as CEO.

You’d think the chronograph’s seniority would secure its place at the front of TAG Heuer’s catalog, but for some reason or another, the Autavia has almost always been the odd watch out during the 21st century, ranking behind both the Carrera and the Monaco in significance.

In 2017, when the Autavia turned 55 years old, it appeared like things might be slowly shifting in its favor. For the first time since 2003, a new Autavia was released – a vintage reissue of a collector-favorite reference that was voted on and selected by watch enthusiasts around the world during a 2016 online event called the Autavia Cup.

That new watch, christened the Autavia 2017, seemed to have everything going for it. The aesthetics were there (It’s a downright lovely design), the history was – as it always is – in the Autavia’s corner, and TAG Heuer included a secret weapon inside the watch: the first production application of TAG Heuer’s new-age chronograph movement, the Calibre Heuer 02.

Unfortunately, for reasons that have never been exactly clear to me, the Autavia 2017 was not long for this world. By the time Baselworld 2019 rolled around, TAG Heuer had shifted direction entirely, landing on the Autavia once again, but scratching chronographs completely in favor of a new collection of three-handed sport watches that played on classical field and pilot watch looks.

And now, just in time to kickstart the Autavia’s 60th birthday in 2022, we’ve received word of a fresh batch of Autavias.

TAG Heuer has launched three brand-new watches – a pair of flyback chronographs running off the Calibre Heuer 02, and a solitary GMT – that build on the foundation laid by the 2019 Autavia line but deviate just enough to remain in tune with the desires of vintage Heuer lovers. Each of the new watches represents a first within the Autavia collection, and all share certain attributes such as bidirectional rotating bezels with ceramic inserts, sapphire crystals, COSC chronometer certification, and a modular quick-change strap system that was first seen on the TAG Heuer Connected, a few years back.

TAG Heuer says the new Autavia Flyback Chronographs are the first-ever Autavia examples to incorporate the added flyback functionality. I believe them, but given TAG Heuer’s close association with the chronograph genre, and the essential role the Autavia has played in the category’s popular development over time, it didn’t feel quite right. I felt like I could picture a beaten-up vintage Autavia with the additional quick-reset ability in my head.

So I dug into the history, and I finally realized what I was thinking of: Heuer had produced a series of flyback chronographs for the German Air Force in the 1970s (the Bundeswehr ref. 1550 SG ‘3H’) – but those supplied pieces were not placed within the Autavia line or any other specific collection.

Once my memories had snapped back into place, the extra-bold, blacked-out presence of the DLC-coated Autavia Flyback Chrono made a lot more sense. TAG Heuer was tying the new watch back to its utilitarian history through the large, Super-LumiNova-filled Arabic numerals and the stealthy, all-black aesthetic. At the same time, it’s supporting the new format and the general design platform that the 2019 Autavia revival had initiated.

A similar story is revealed via the Panda dial on the second new Autavia Flyback Chronograph option – the choice of the black-and-white/silver dial color appears, to me, to be a clear callback to the 1960s Autavia ref. 1163T that was famously worn by racecar driver Jo Siffert.

The third new Autavia is a traditional 42mm three-hander that’s been outfitted with a GMT function, courtesy of a Sellita SW300 base movement and COSC chronometer certification. TAG Heuer states this is the first time a three-handed Autavia wristwatch has included a second time-zone display. (I was just setting myself up for disappointment earlier this week, wasn’t I?)

It’s fantastic to see the return of complicated watchmaking in the Autavia line. For many, the Autavia stands tall as one of the premier examples of a mid-century tool watch, built for the purpose of completing workaday tasks with skill and precision.

There’s just something that feels correct about reviewing at the Autavia section of TAG Heuer’s website today and finding the friendly face of a chronograph looking back at you. But the fact that we had to wait nearly four years since the last Autavia Chronograph release now feels almost inexcusable. It’s a good thing, then, that as far as my first impressions go, and without handling the new watches in person, I detect a lot of good, positive things happening with the anniversary update.

For instance, I really dig the chunky chronograph pushers, a clear callback to the old-school Super Autavia dashboard timers. It’s a fun bit of history and it feels super-appropriate placed on a brand-new version of the Autavia.

I also find that, after thinking it over a bit, the inclusion of flyback functionality on the new chronographs feels symbolic, to a certain extent.

In 2017, the then-new Autavia introduced the watch world to all the benefits of the Calibre Heuer 02 (a movement I personally adore) had to offer, before it unexpectedly vanished from the brand’s catalog. I’s only right that, in order to exorcize those mystery demons, TAG Heuer had to go ahead and soup up its longest-established chronograph with one of the most advanced technical expressions for the Calibre Heuer 02 yet.

And we still have a whole year of potential Autavia releases to look forward to. Maybe we’ll see TAG Heuer revisiting its back catalog more directly to finally fill the Autavia Chronograph GMT-sized hole in my heart. Or maybe things will only get even more complicated from here on out; now that we’ve finally seen an Autavia Flyback Chronograph, my mind is starting to wander toward what a potential Autavia Rattrapante Chronograph might look like.

The HODINKEE Shop is an authorized retailer of TAG Heuer. To view our collection, click here.

TAG Heuer is part of the LVMH group. Although LVMH Luxury Ventures is a minority investor in HODINKEE, we maintain complete editorial independence.