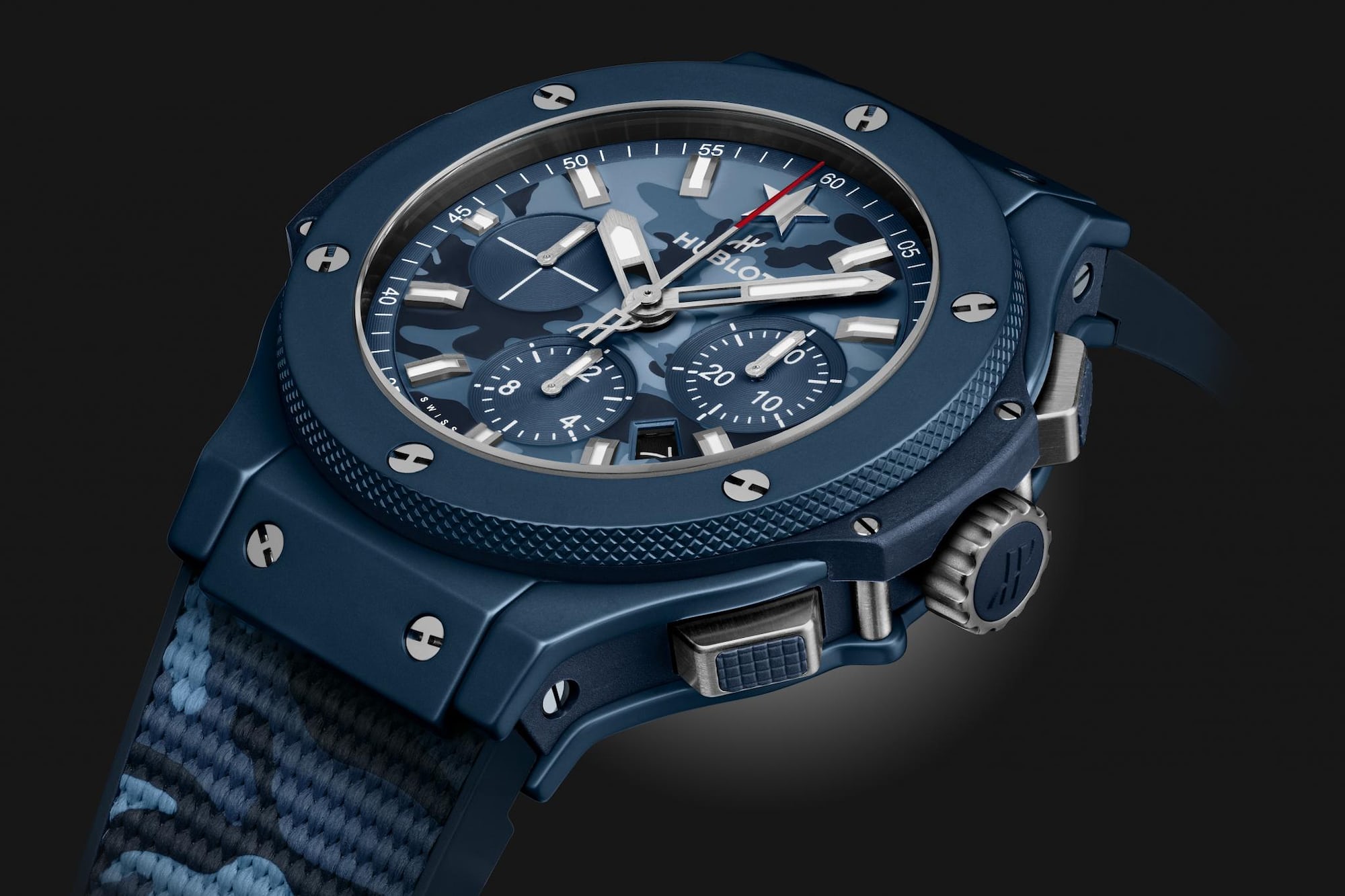 Although I’ve spent the past eight years living in New York, I consider Texas my home. I was born in the West Texas desert, where my father worked in the oil fields. When I was seven, we moved to a suburb north of Houston where I spent my formative years. I’m proud to be from Texas. It’s one of the most economically, racially, culturally, and environmentally diverse places in the world. The integrated circuit was invented here. And space travel was born less than an hour’s drive from my high school.

I’ve grown used to hearing frequent criticisms about my home state, ones that are both fair and unfair. Texas is by no means perfect (no place is) and I don’t consider myself an arbiter of whether or not an object or a person is suitably Texan or not. I would never want to be. But when the announcement for a Texas-themed release from Hublot slid into my inbox at the end of 2021, I felt I had to speak up for my home state.

I’ll be blunt here. I find nothing, absolutely nothing about this watch to be relevant to Texas.

A dial and strap outfitted in blue camouflage? My eyes rolled so hard it hurt. The red, white, and blue printing on the rotor could just as easily represent the greater United States or even Chile. And the rhodium-plated lone star at 12 o’clock? Okay, that’s a little more understandable. But I’d argue that a solitary five-pointed star is just as relevant to Texas as it is to Ghana, Senegal, or – gasp – North Korea. Texas is such a large and diverse place that Hublot is only harming itself by taking the generic route. Instead of engaging with and speaking to the limitless pride that Texans hold for their home, Hublot acted conservatively, missing out on the conversation entirely.

I’ll admit to really liking the blue ceramic case – colored ceramic is always cool and the 44mm diameter works as a playful nod to the old colloquialism that “everything is bigger in Texas.” But I am disappointed that Hublot opted for the ETA-derived HUB4100 movement instead of the company’s in-house UNICO chronograph caliber. I find that people severely underrate Hublot’s horological bonafides – this is the company that absorbed BNB Concept in the early 2010s, after all. Charging close to $20,000 (the Big Bang Camo retails for $18,800) for a 7753-based chronograph doesn’t help, especially when Hublot’s previous Texas-themed limited edition, 2013’s Big Bang Ferrari Texas (which honestly sounds like it could be a ride at Six Flags – another proud Texas creation), utilized the UNICO movement.

I do want to take this space to commend Hublot for pursuing a relationship with my home state. Despite having a larger GDP than both Russia and Australia, the watch market in the state of the Texas is woefully immature. It’s rightfully skipped over by many watch companies in favor of states like New York and California. Hublot currently operates two monobrand boutiques in Texas, where it keeps company with Breitling, Omega, Panerai, and TAG Heuer in Houston and Audemars Piguet, Omega, Panerai, and TAG Heuer in Dallas. A third Hublot monobrand boutique is scheduled to open later this year in the state capital of Austin. That’s a significant investment.

Which makes certain decisions related to this watch even more confusing. Hublot has a relationship with the Dallas Cowboys, so on one hand the selection of Micah Parsons, a rookie linebacker for the NFL team, to help promote the watch makes sense. But anyone who lives in Texas knows that the only thing more common than Cowboys fans in Texas are people who can’t stand the Cowboys.

I genuinely enjoy Hublot watches; I’m not a hater. I couldn’t keep my eyes off the Big Bang Unico “Yellow Magic” released last year. And I think the pieces that have resulted from Hublot’s continued collaboration with Richard Orlinski are consistently some of the most aesthetically interesting watches available today.

Maybe that’s why I’m so disappointed. Not only does this watch display a fundamental misunderstanding of what being a Texan – or being from anywhere – is about, I’d go so far as to say it’s a distortion of what has made Hublot such a success in recent history.

Because no matter what you thought about the company’s timepieces, they were always interesting, whether in aesthetics, in materials, or in technology. The Big Bang Camo Texas feels – and I hate to say this – boring, especially when we know what Hublot is capable of.

I applaud Hublot for their commitment to Texas, but I encourage them to dig a little deeper into the fabric of my home state. Turn off the Walker, Texas Ranger reruns and let me introduce you to the world of DJ Screw and chopped and screwed hip-hop. (Speaking of, a purple version of this same watch would be much, much more interesting.) I’ll sign you up for a Texas Monthly subscription. I can even send you a copy of Matthew McConaughey’s Greenlights if you ask nicely.

Or just come visit. We can brainstorm what your next Texas-themed watch will look like over a plate of brisket – my treat.

The Hublot Big Bang Camo Texas is limited to 25 pieces, each priced at $18,800. To learn more about the watch, visit Hublot online.

Hublot is part of the LVMH group. Although LVMH Luxury Ventures is a minority investor in HODINKEE, we maintain complete editorial independence.