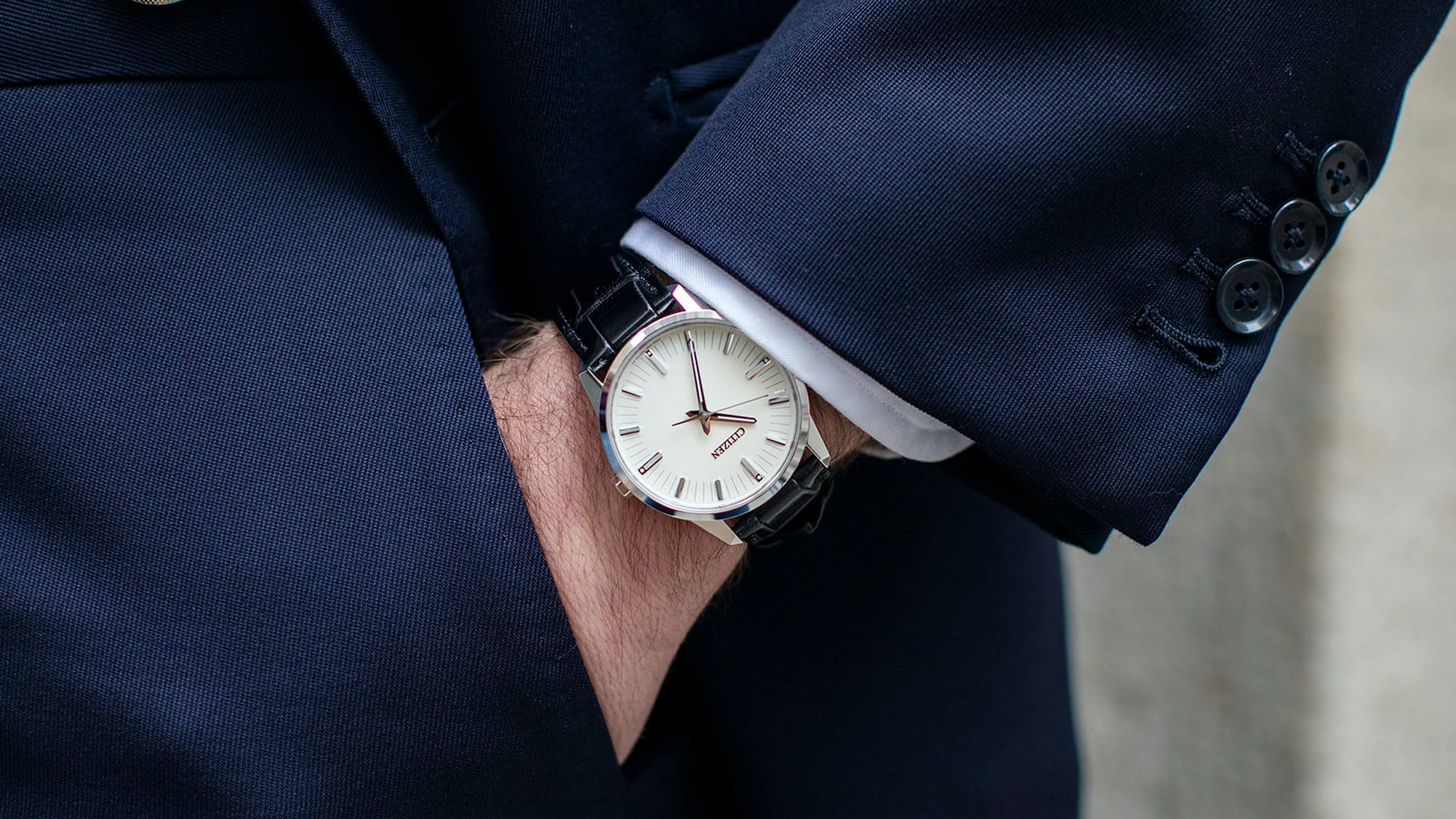 No matter how long you write about something (in my case, watches, and for quite a while) there will always be things that have slipped under the radar, and some cases for an almost incredibly long time. (I read Charlotte’s Web in third grade but I didn’t realize until five or so decades later why the farmer’s family was called “Arable” – chez Forster we now call those long delayed realizations of the obvious “Arable moments.”)

Take, for example, the venerable institution that is the Citizen watch company of Japan. I’ve been a Citizen owner for many years (a Skyhawk, an Eco-Drive Tough, and one of the recent Bullhead mecha-quartz chronographs) and I’ve written about the company on a number of occasions. Most memorably, in recent years, there was the release of the Eco-Drive Caliber 0100, a watch worth looking at again.

The Eco-Drive debuted at Baselworld in 2019 and I have always wondered why the watch world didn’t make more of a fuss over it. It’s a light-powered watch with a precision of ±1 second a year – one second. Perhaps it didn’t make more of an impact because we more or less take atomic clock precision in mobile devices for granted, but those are parasitic devices, relying on a time signal originating from a national time service atomic clock – the Caliber 0100 doesn’t depend on a radio or any other external time signal.

This is all by way of saying that Citizen has, maybe because of its long history as an innovator in technical watchmaking, felt like a recent presence. This includes some firsts that are not particularly well-known, probably outside Citizen enthusiast circles – including the first titanium-cased watch. This was the Citizen X8 Titanium Chronometer from 1970 – an electronic but not a quartz watch, that used a magnetically impulsed balance driven by a silver oxide button cell.

“Citizen,” the name, is unlike the names of the other Japanese Big Three – Seiko and Casio – not derived from the Japanese language or from a family name. It wasn’t until late last year that it occurred to me to even wonder where the name came from, because a sort of wide-appeal broad spectrum internationalized name seemed completely appropriate for a company whose reputation was built on technology leadership.

As it turns out, however, the name is quite a bit older than that. The origins of Citizen go (and it doesn’t make me terribly proud to admit that I didn’t know this) all the way back to 1918 – the Caliber 0100 wristwatch was introduced in 2019 but the movement was introduced as a pocket watch in 2018, the 100th anniversary of the company.

The company that would eventually become Citizen started as the Shokosha Watch Research Institute, which was the brainchild of Kamekichi Yamazaki (who was, among other things, Chief Secretary of the Tokyo Commercial and Industrial Timepiece Cooperative in the early 1900s). Shokosha was founded to establish a basis for the industrial production of mechanical timepieces in Japan, which had been something of an uphill battle in the 19th century, partly due to the fact that the traditional Japanese timekeeping system was very different from the Western system, which meant that Japan was slow to adopt mechanical watches and clocks based on that system – and slow to develop the manufacturing skills necessary to make them when it did begin moving to the Western system.

The first watch to have the name “Citizen” on the dial was produced by Shokosha in 1924, and in 1930, Shokosha was bought out by Yosaburo Nakajima, who was at the time the chief Japanese representative of the Schmid company – Rodolphe Schmid, a Swiss watchmaker, had moved to Yokohama in 1894 at the age of 23. He originally began as an importer but began to move manufacturing capacity to Japan in 1913. The “Citizen” pocket watch predates the merger and according to Citizen, the name was suggested by Kamekichi Yamazaki’s close friend, Count Shinpei Goto, then Mayor of Tokyo and it seems to have been adopted from a trademark originally registered by Schmid.

The official merger between the Shokosha workshop and Schmid’s manufacturing enterprise took place in 1930 and the new company would henceforth be known as Citizen.

While Seiko, Grand Seiko, and even Casio lean pretty hard into the Japanese character of their production (Casio probably less than Seiko or Grand Seiko, but even so, its higher-end MR-G watches now often reference traditional Japanese arts, crafts, and design), it seems apt that Citizen, which was born from an international partnership, has continued to seem the most international of the Japanese Big Three. The idea that watches made in Japan should be available to all Japanese citizens has become the idea that the company should make watches suitable for citizens of the world. If your idea of good watchmaking is affordable, highly rugged, technical leadership in the form of overspec’d watches that deliver value out of all proportion to price, the name seems more apt now than ever.