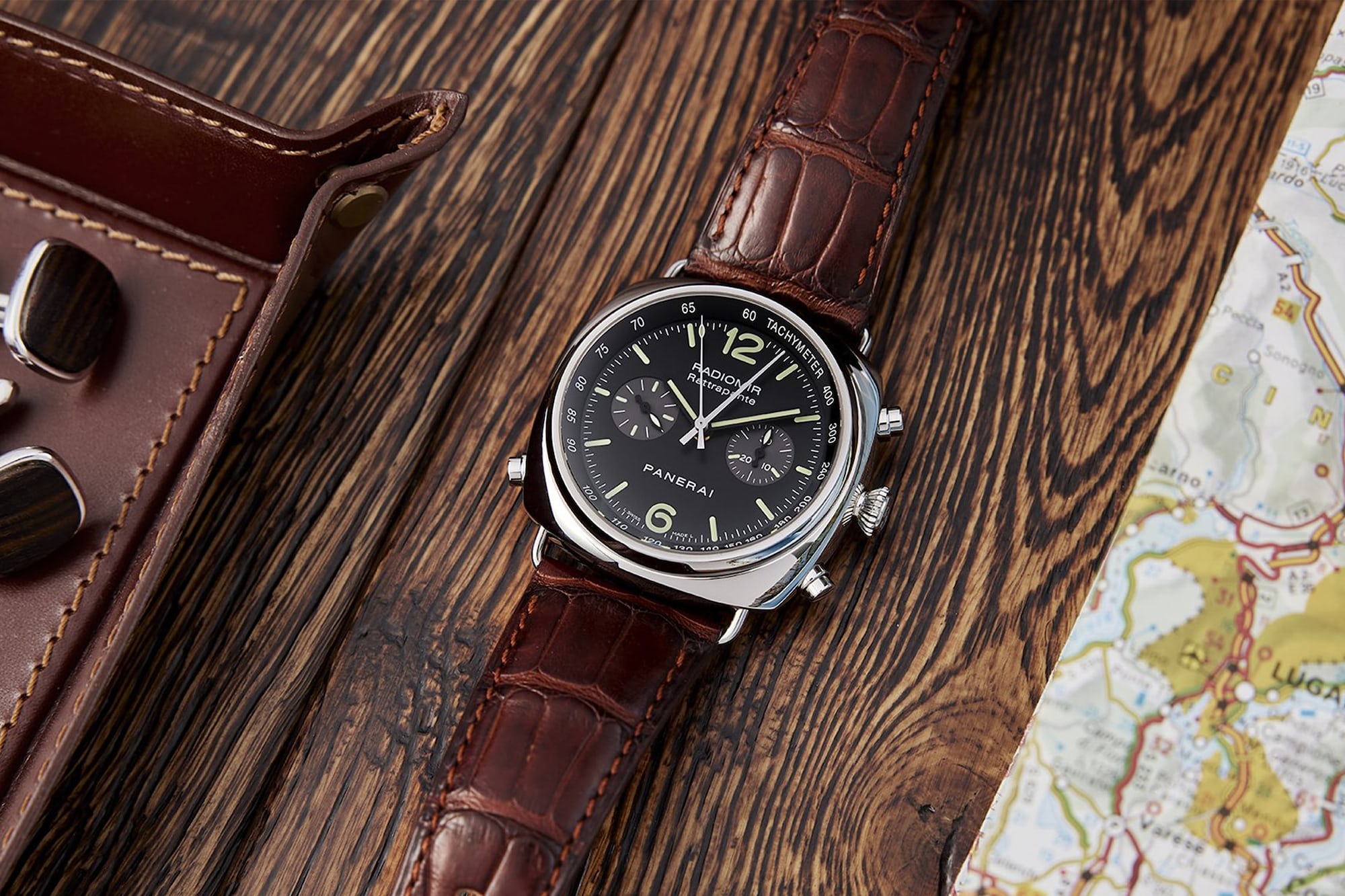 Happy New Year! As we enter the second year of HODINKEE Pre-Owned, we’re looking forward to growing our operation while continuing to present the clearest and most transparent picture of every watch as possible. Every single watch we offer is photographed in-house by our team, and we review every listed piece ourselves, going out of our way to highlight not only what we love about it, but also “what to know” and “the backstory.” There’s nothing worse than buying a watch and being told by your friend that something isn’t right about it. So we take that right out of the equation.

To start the year off, we’ve put together a short round-up of six of the most interesting pre-owned watches currently available in the HODINKEE Shop. You can learn a bit more about each watch below, or explore our entire selection for yourself, right here.

As a follow-up to the initial stainless steel, integrated bracelet Odysseus in 2019, no one would have expected the 2020 ref. 363.068. How does Lange respond to the calls of fan service and a departure from their form with the original model? That’s right, make it in precious metal and take away the bracelet.

Both iterations of the Odysseus serve their own markets but the white gold options have really struck a chord with the classic Lange collector. This reference gets the Odysseus design out in front of the case material. It gets you thinking about the design as something which doesn’t necessarily have to exist in steel to be relevant, but which can be evaluated on its own merits. Secondly, executing this watch in white gold and presenting it on two straps, which ordinarily you’d much more strongly associate with a steel watch, is a way of further playing with conventional expectations of what goes with what. It pushes the model in a high-low direction that is much more appealing than if the watch had been paired with a matching white-gold bracelet.

Originally released in 2018 as one of the very first U.S.-exclusive limited editions from Grand Seiko, the Spring Drive “Kira-Zuri” SBGA387 was the steel variation of a rare trio of timepieces that also included the rose gold ref. SBGA384 and the platinum ref. SBGA385, which were limited to 558, 50, and 20 examples, respectively.

Just looking at the dial on the SBGA387, one feels transported to the workshop of a Japanese craftsman. The first thing that jumps out its the pale blue color and finish, featuring an intricate texture derived from a Japanese art form and printing style known as Kira-Zuri. Traditionally, an artist would make Kira-Zuri by sprinkling mica onto the wet surface of a print before it dried, reflecting and refracting light in beautiful ways. The effect has been wonderfully captured in this watch’s dial, whose woven texture recalls the tatami mats that are ubiquitous in Japanese homes and temples.

The case style is also an ode to the Grand Seiko classic that is the 44GS case. The iconic case design was first introduced in 1967 and created a shape unique to Grand Seiko; it has a perfect balance between a traditional round shape and a hint of tonneau, sized comfortably at 40mm by 12.5mm. The much-recognized combination of highly polished surfaces against the brushed finish in multiple sharp angles will surely evoke a certain level of nostalgia among longtime Grand Seiko collectors.

The 1970s were a fun time for many, many different reasons: something that translated into the watch designs of the time. At 40mm wide, the Seventies Panorama Date from Glashütte Original has uniform and coherent proportions that enable it to be a comfortable, compact fit on both smaller and larger wrists. Its dapper case is predominantly brushed on the top with delicately polished beveling. Don’t worry though, as thanks to its low and wide bezel the watch is eye-catching and remarkably distinctive.

The dial of this seventies Panorama Date is a galvanized ruthenium grey complete with a sunburst finish. It’s a simple and versatile thing of beauty, from the lume-filled pointed hands, sharp dart-like hour markers dragging the eye subtly to the center, and its double-digit date at six o’clock. A welcome additional detail is the counterbalance to the second hand where the brand’s logo can be found – an understated yet impactful inclusion.

In 2019, for the 50-year anniversary of the first lunar landing in 1969, OMEGA released a novel, limited edition model known, appropriately, as the Speedmaster Apollo 11 50th Anniversary Limited Edition, of which we have an example, here, out of a total of 6,969 produced. While not the purist’s Speedmaster in color, per se, it nonetheless marks an important moment for the brand, with a little gold and commemorative design elements to get the job done.

The watch uses a signature 42mm Speedmaster case, complete with its slightly twisted lugs, substantial pump pushers, and Omega-signed crown, being differentiated via its polished 18k Moonshine Gold bezel complete with polished black ceramic insert with an OMEGA Ceragold tachymeter scale. On the wrist, the watch wears the same as previous iterations of the Speedmaster, which is to say extremely well-balanced both in terms of physical weight and emotionally appealing style.

On the dial, the use of black and gold accents continues with a varnished grey background. The colorway helps add to the peculiar intrigue of the limited edition, as does its most prominent commemorative aspect via the running seconds sub-dial at the nine o’clock position, where a laser-engraved image of Buzz Aldrin climbing down onto the lunar surface is found. The dial also features a unique hour marker at the 11 o’clock position differing from each of the other indices, the stylistic choice another commemoration to the Apollo 11 mission.

There’s no watch more unmistakable than a Panerai. If you’re remotely familiar with the brand, chances are you can already imagine what this Radiomir Rattrapante might look like. However, sitting underneath the domed sapphire crystal is an interesting watch with a few more quirks and features than your typical time-only Radiomir.

Core to this watch is the rattrapante, or split-seconds, chronograph, powered by the caliber OP XVIII. Unlike the typical chronograph which can only time a single event, a rattrapante allows you to record multiple intervals that start at the same time but don’t end at the same time; for instance, laps in a race. To achieve this, rattrapante chronographs come equipped with an additional seconds hand, or rattrapante hand, situated above or below the chronograph hand. As you engage the chronograph pusher, both hands move together. However, when you engage the rattrapante pusher, the rattrapante hand will stop. Associated with its uncommon movement type, the case of the distinguished timepiece features three pushers for functionality, each alongside traditional Radiomir signatures like its large flared crown, wire lugs, and 45mm cushion-shaped steel construction. On the matte black dial, a tachymetric scale outlines the look, while a Panerai bi-compax chronograph configuration is on display within, accented with large Arabic numerals at the 12 and six o’clock positions.

To put it simply, the A. Lange & Söhne Datograph is a flyback chronograph with big date – that’s where its name comes from, after all. But it’s also so much more. It’s cased in platinum and features a black dial with white and silver accents. Flip the watch over and you’ll find the real star of the show, the movement inside. In fact, the manual-wind caliber L951.1 has frequently been described as a small city in its own right; that’s how complex the architecture and construction appear at first glance. It’s so complex that it’s attracted admirers the world over, even from those who would typically be considered the competition.

This example of the Datograph, a ref. 403.035, is the original 39mm Datograph in platinum, that was the talk of Baselworld 1999. The ref. 403.035 remained in production until 2012; today, it’s the most common Datograph available due to its extended production run.