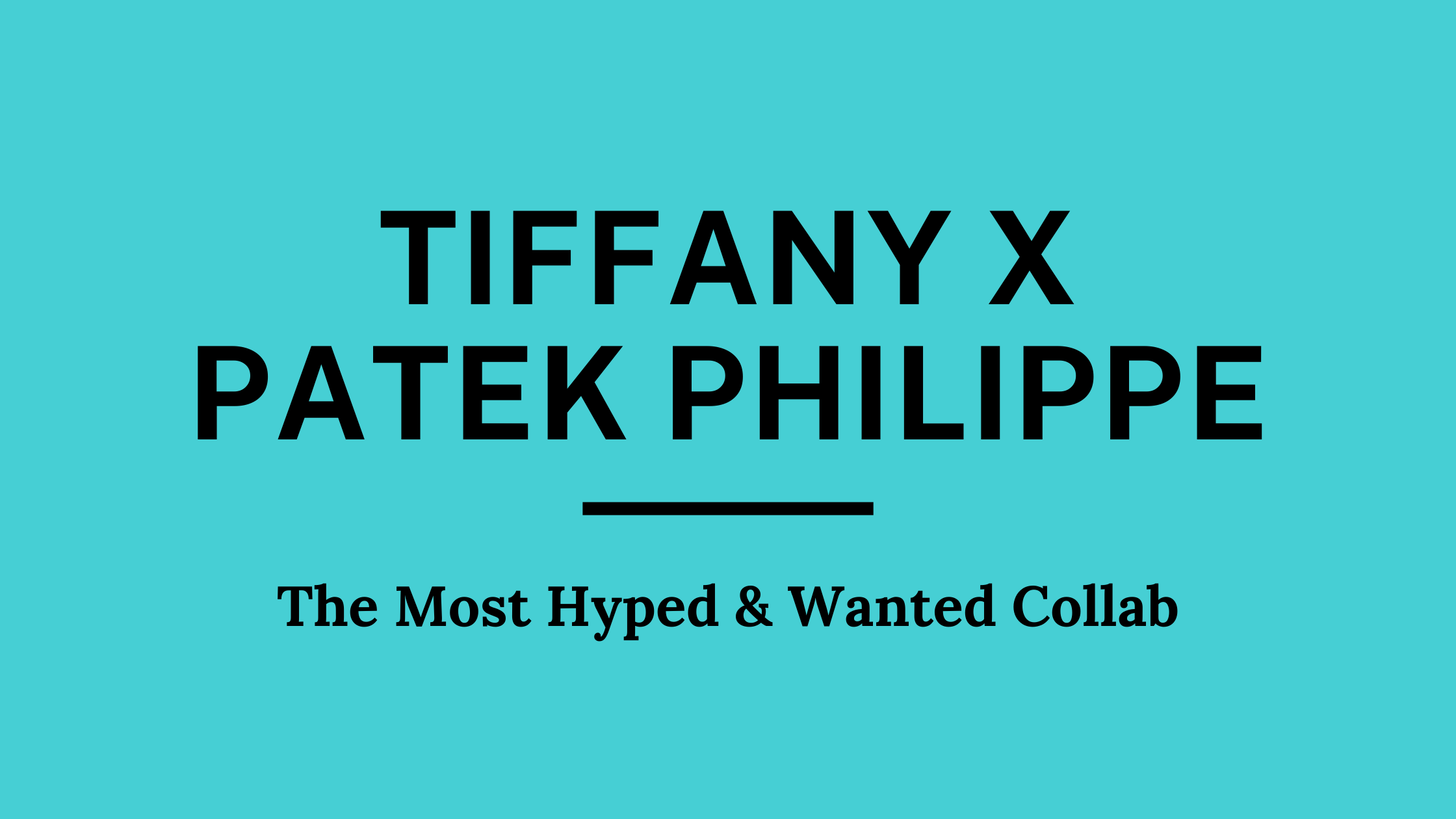 After intense bidding, the first Tiffany – Blue x Patek Philippe Nautilus ref 5711 luxury watch was sold for over $6.5 million in less than 15 minutes.

This historic stainless-steel wristwatch with “Tiffany Blue” lacquer dial, date, and bracelet, with a certificate of origin and presentation, has captivated watch collectors who gathered in person and virtually to bid on the watch that has taken the world by storm.

Horologists know a great place to purchase rare or collab watches is at an auction. Probably the most anticipated auction of the year, the bidding took place at the Phillips Auction in New York on Saturday, December 11th. Reasonably so, the Tiffany X Patek watch is amongst the 8 most expensive watches ever sold at an auction.

The limited-edition luxury timepiece celebrates the 170-year friendship between Patek Philippe and Tiffany & Co, making it the longest and most enduring relationship in all of watchmaking.

The mind-boggling record for reference 5711 is approximately 100 times its retail price. Not only is it just an investment timepiece, but in addition, its earnings will benefit The Nature Conservancy, a global environmental organization located in Arlington, Virginia. Therefore, major players Phillips, Tiffany, and Patek did not profit from the multi-million-dollar auction.

Ultimately, the auction winner was crowned. A NY bidder online trumped all other bids with a final price tag of $6,503,000.

This was the first live auction hosted by Phillips in over two years at its new location at 432 Park Avenue, with anxious bidders eager to get their hands on the piece. 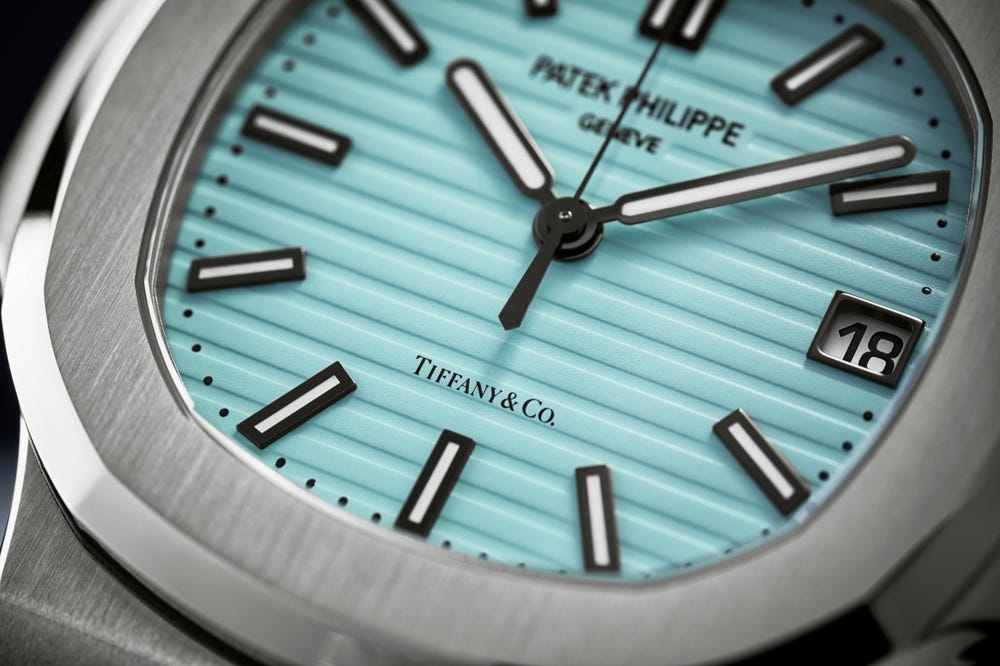 The stunning blue dial has status and desirability because there are only 170 pieces made. Each watch will be sold exclusively through Tiffany locations in New York, Beverly Hills, and San Francisco, where Patek Philippe is sold for $52,635. However, only one piece was put up for auction to raise money for charity.

Many will question why anyone would pay this astronomical price for a watch that tells time? Well, to give you some perspective, this high-end luxury watch is an investment. In other words, it will become more valuable over the years because of its rarity.

The lucky owner will more than likely benefit times two or more in the future from its sale!

This is also not just any luxury watch. It is one of the most hyped and wanted timepieces in the watch industry. Watch collectors continue to reel from the news that the new edition will completely phase out the 5711 series by the end of 2021, giving the cherished model one final victory lap before retiring.

Another unique feature of this watch is that the dial is also doubled stamped with the exclusive “Tiffany & Co” signature at 6 o’clock. Also in black print, it pairs perfectly with the Patek Philippe logo at 12 o’clock position.

The luminous, baton hour markers and hands are in blackened 18K white gold. They fit nicely with the printing while also providing outstanding legibility against the dial’s light blue lacquered surface. And while we are discussing the dial, we must discuss its major appeal for watch enthusiasts who prize rare, co-signed dials from prior decades. Tiffany & Co. dials are also amongst the most well-known for their co-signed dials (think Rolex x Tiffany Collab).

Watch collectors went into a frenzy since the announcement waiting patiently for the opportunity to snag this limited-edition piece. So it is really no surprise it was sold for over $6.5 million at the December 11th auction.

The dial’s “Tiffany Blue” color is immediately recognizable for its distinctive shade and vibrancy, which is a refreshing break from Patek’s usual conservative approach.

The 5711 edition was first published in 1976 as a luxury sports wristwatch dubbed the reference 3700 and has been modernized with new innovations such as an exhibition case back, and an in-house, self-winding movement with center seconds over the years.

This historic and iconic stainless-steel wristwatch with “Tiffany Blue” lacquer dial, date and bracelet, with a certificate of origin and presentation has captivated watch collectors who gathered in person and virtually to bid on the watch that has taken the world by storm.

The Highest Watch Bid EVER

Created in 1920, the Patek Philippe Henry Graves Jr. Supercomplication, sold for $24 million at a Sotheby’s auction in 2014, held the previous record for the world’s most expensive watch (a pocket watch).

The Grandmaster Chime was designed specifically for Only Watch. It is also the only one that will ever be made in stainless steel. It has four spring barrels that power 20 complications, including a grande and petite sonnerie and a minute repeater.

So all in all, it was quite an expensive week for one lucky online bidder from NY. Aside from proceeds going to a great cause, it should be interesting to keep an eye out for how much this watch will increase in value going forward!