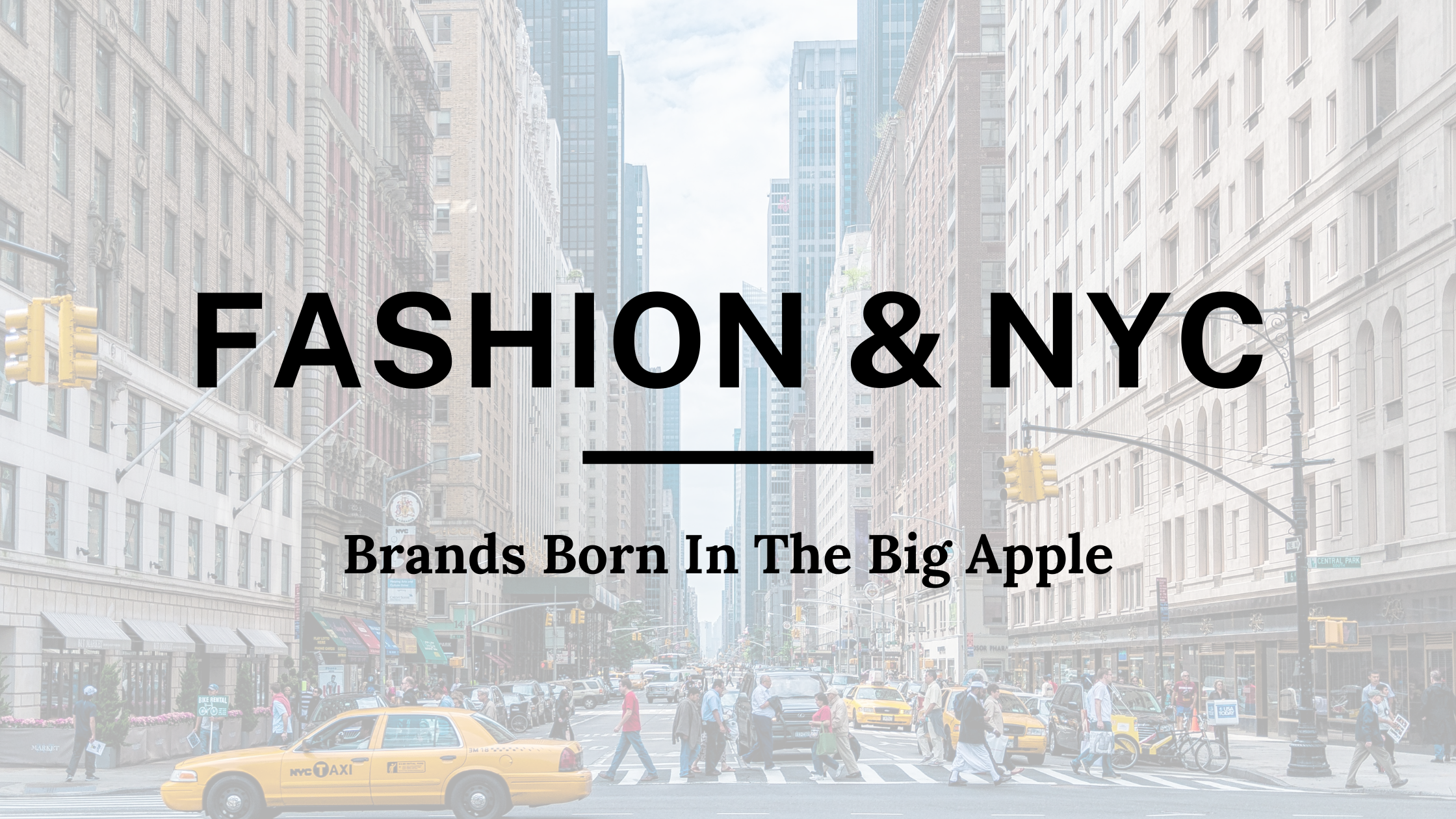 We have taken a deep dive into French fashion, but what about the top American fashion designers and flagship locations?

Immediately New York comes to mind when I think of iconic American fashion. Some would say it is even considered the “fashion Mecca” of the United States.

Why? Well, first off, fashion week takes place here in NYC. However, additionally, so many American trendsetting designers started their careers here. These designers continue day in and day out, breaking barriers as they influence fashion in the U.S. and worldwide!

With fashion trends constantly evolving, these legendary designers continue leading the way. These iconic designers can go head-to-head with their international peers and are well respected for the many innovative concepts they bring to life. Bear in mind these designers continue to help New York maintain its chokehold on the fashion scene worldwide.

Below we will be highlighting some of the “top guns” from the city that never sleeps. This list includes famous designers like Tory Burch, Ralph Lauren, Calvin Klein, Michael Kors, Marc Jacobs, and Tommy Hilfiger.

It only seems fitting to begin with one of the richest fashion designers in NY, who also happens to be female, may I add. Born in Pennsylvania, Tory Burch started her now multi-million-dollar empire from her Manhattan apartment. Focusing on offering women both quality and comfortable clothing, she has become an incredibly influential leader in the fashion scene!

Tory Burch has built a worldwide following by combining clean lines with a refined vintage aesthetic and a strong feminine appeal. Her love for colors is vividly reflected in her lively designs! Her tailored collections offer bright colors and iconic patterns alongside performance activewear with retro lines. She is actually accredited as one of the designers that turned the t-shirt into a fashionable piece of clothing.

Tory’s commitment to quality is evident throughout her collections, ranging from bags to dresses. Tory Burch continues to inspire devoted fashionistas by presenting a simple yet elegant luxury label for career-minded women worldwide.

You can definitely travel in style with a crafted leather Tory Burch tote or crossbody bag. For an elegant accessory, a leather convertible shoulder bag would make the perfect transition from day to night. Tory Burch’s boho-chic handbags are a versatile accessory for every occasion.

Unsurprisingly, Tory Burch was named as the 88th most powerful woman in the United States by Forbes. She rightfully earned that glorious title with her unbeatable work ethic and determination.

Below are some bestselling Tory Burch Designs which you can find on Jomashop.com here.

A Man Who Redesigned Ladies Fashion

Next up, we have Project Runway’s very own Michael Kors. Kors is an award-winning, world-renowned designer of exceptional accessories and ready-to-wear clothing. The Long Island-born designer grew his passion for fashion at the young age of five. He credits his mother for his love of fashion since redesigning his mother’s wedding dress was a huge impetus in his career. The driving force behind all the time, effort, and devotion Kors placed in the brand is his love for creating womenswear that ladies both love and feel confident in.

Kors’ warm personality and strong work ethic have also helped him build a Billion-dollar empire. His empire has continued to expand even after he ultimately extended into menswear and accessories. His menswear line is an innovative collection with a modern American style. It represents the cool, sporty, and sophisticated man.

Below are some of our favorite Michael Kors styles available today for a fraction of retail price.

The American designer Calvin Richard Klein founded the eponymous luxury fashion house in New York in 1968. His fashion journey was actually inspired by his grandmother, who was a talented seamstress. While working as an apprentice in a coat and suit factory on Seventh Avenue, he began producing his own designs that perfectly embody city swag.

He took a leap of faith with his friend Barry Schwartz, founding the Calvin Klein coat business, which initially just produced men’s sportswear. He rented a small showroom in New York City to create his minimalistic styles. After getting encouraging feedback, he expanded his establishment and added women’s attire to the mix.

Calvin Klein soon began selling in the notable New York department store Bonwit Teller and later appeared on the cover of Vogue Magazine. Calvin Klein expanded to sporty ready-to-wear clothing in the 1970s. By the 1980s, the label found mass appeal with iconic jeans and underwear campaigns. Today, Calvin Klein has continued to stay at the forefront of fashion by offering a unique variety of accessible luxury items, including wristwatches and perfume for both men and women.

Calvin Klein offers top-quality collections with a contemporary aesthetic and youthful attitude. A commitment to excellence and unique ingredients are present in all of Calvin Klein’s invigorating perfumes.

In the early 1980s, Calvin Klein expanded production to include a line of alluring perfumes. Its first scent Obsession was a spicy, oriental fragrance that quickly became a worldwide success. Kate Moss starred in an iconic ad for Obsession in 1993 that exemplified Calvin Klein’s provocative visual style. When CK One launched in 1994, the clean and casual scent became the first unisex fragrance. This scent later came to define 1990s nostalgia. Today, Calvin Klein offers more than 160 perfumes and fragrances in a variety of evocative formulas ideal for everyday wear.

Calvin Klein’s range of contemporary watches is favored by those who appreciate understated elegance. The award-winning American fashion label has built a name in the watchmaking industry by offering accessible pieces of Swiss-made quality with simple, yet tasteful designs. Every Calvin Klein watch possesses a unique aesthetic and an enduring appeal, making them an ideal accessory for any outfit.

Both recreational collectors and fashion fans will appreciate the simple layout and enduring aesthetic. Calvin Klein offers a piece for every occasion thanks to accessible luxury and a variety of styles.

Check out our selection of Calvin Klein watches, sunglasses, apparel, and beauty below.

Men continue to dominate the fashion scene in New York, and Marc Jacobs is another prime example. Born in NYC, his fashion journey started with him working in a store. It was during that time that he realized his love for designing. His designs are now some of the most popular fashion items around the world.

Jacobs was on Time Magazine’s “2010” list of the Top 100 most influential people in the World. He was also the creative director of the French design house Louis Vuitton from 1997 through 2014.

Be sure to check out our selection of bags on sale. The Snapshot bag combines bright colors with practicality making it a customer favorite.

Last but not least, we have the iconic Tommy Hilfiger. Tommy Hilfiger is one of the most renowned American fashion designers. He worked as a trader for some time, and eventually started his fashion line. His line famous for his red, white, and blue color scheme proved to be more successful than he anticipated.

So which NYC designer is YOUR favorite?