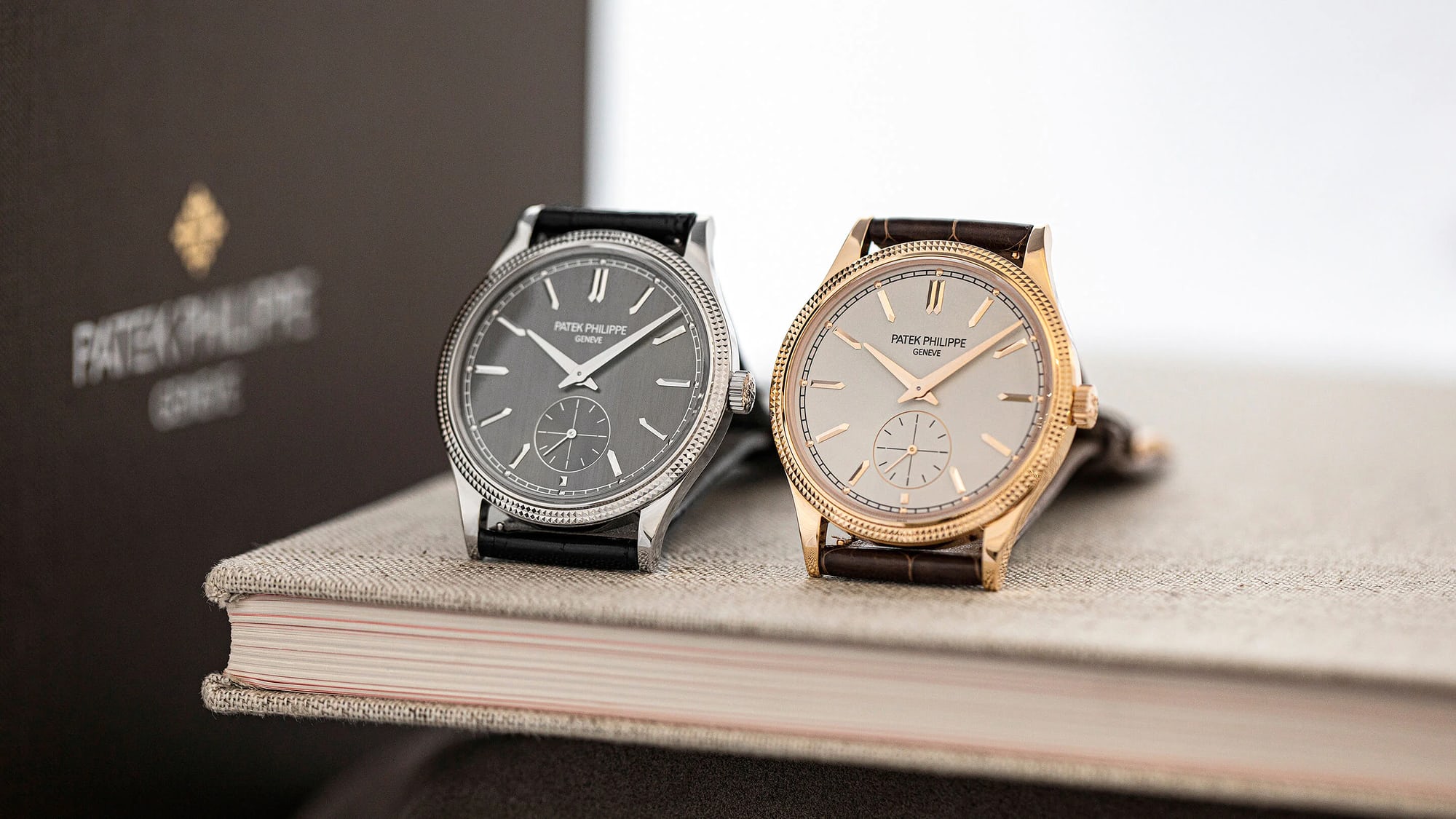 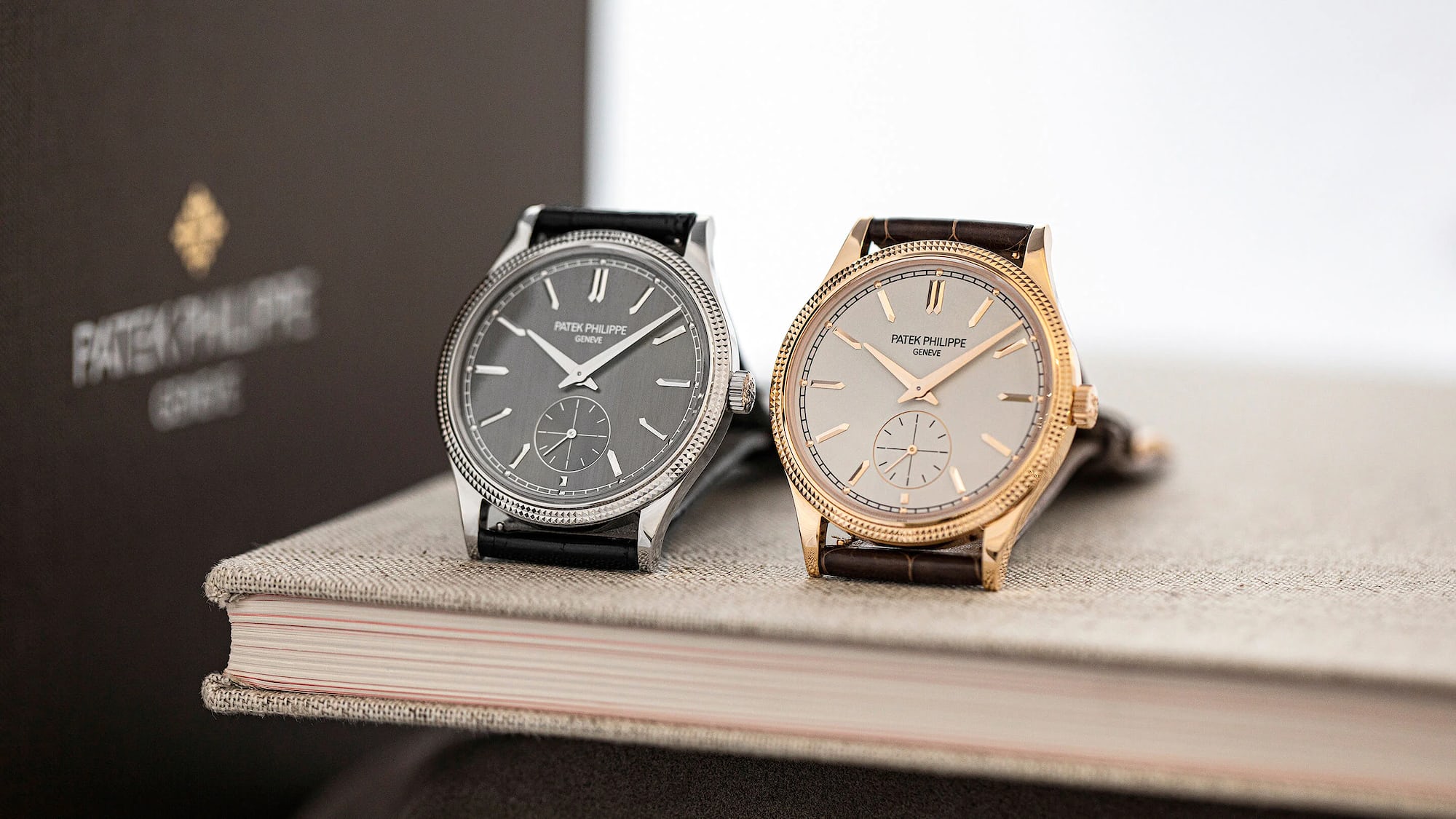 What was the biggest news of the year in the world of Patek Philippe? For many, I think the discontinuation of the Nautilus 5711 will take the cake. The confirmation of the rumor in January left many in shock, and people went nuts over the release of the olive green dial variant dubbed as “the last 5711.” It wasn’t the last 5711, as we all now know. That title belongs to the Tiffany Blue 5711. However, to me, the real big news was the introduction of the new Calatrava, which was made extra special with a brand-new hand-wound movement ticking inside.

Automatic calibers are more mainstream in today’s mechanical watchmaking. There just aren’t many manually wound (new) watches in the market, and I think it’s safe to say they are filling a niche, mostly marketed towards the enthusiasts. New movement development is often biased towards the popular automatics, and you don’t see too many brand-new manually wound movements coming out, except for the heavy-hitter independents and some high-complication models. For the manufacturers, allocating resources to the watches that have the best chance of recouping the R&D expenses just makes sense.

There is no doubt the biggest attraction here is the new movement: the Caliber 30-255. Patek Philippe’s naming convention of the movement is basically Cal. (diameter)–(thickness), and that means this caliber is 30.4mm wide (inside case diameter per the news release documentation, 31mm overall diameter) and 2.55mm thick. Its predecessor, Cal. 215 PS, shares the same thickness, but the diameter is 8.9mm smaller at 21.5mm (21.9mm overall diameter). And as you can see in the pictures, the exterior design is completely different. You can check out our introduction article from April to learn more about the differences between these two movements.

Compared to the Cal. 215 PS — or anything else — the Cal. 30-255 is a large movement. Clearly, the twin-barrel configuration had something to do with that. While the balance wheel and the rest of the gear train don’t look much different in size from the Cal. 215 PS, there are two large mainspring barrels filling up the rest of the space in a parallel arrangement, hidden behind the bridge plate. As result, Cal. 30-255 has a sixty-five hours of power reserve compared to forty-four on the Cal. 215 PS. However, the primary motivation behind the twin-barrel configuration may not be the increased power reserve figure. The press release includes a line referencing increased torque. My guess is that they are planning to use this new caliber as the foundation of movements with various complications, since a high-torque movement is a must-have ingredient for watches with heavy hands or power-hungry complications.

In addition to the spec update, this new larger caliber brought another major change to the Calatrava: it is no longer “cross eyed” like the Ref. 5196. The Cal. 215 PS drives the 5196 in its 37mm case, which is a tad large for the size of the movement. Because of that, the small-seconds sub-dial sits closer to the center of the dial. This has been criticized by enthusiasts over the years, and is quite obvious if you compare the 5196 with the earlier generations. The 6119 restores the traditional balance of dial placement found on the older classics. I don’t know if this was the result of Patek Philippe listening to the enthusiasts, but I for one very much welcome the change.

It’s also worth mentioning the 6119 is equipped with a display caseback. It isn’t new to the series, but the standard practice for the hand-wound Calatrava has been to hide the movement behind a closed caseback. Why did they choose to use a see-through caseback this time around? My guess is to prominently feature the newly developed movement. The Cal. 30-255 is decisively modern in both construction and aesthetics, having more available torque and a longer power reserve with the twin-barrel. It also features more compact escapement and gear train layout compared to the old-school Cal. 215 PS. I understand the display caseback may not be everyone’s cup of tea, but I favor the display caseback for this particular execution as it demonstrates the intention.

The most distinctive feature on the exterior of the watch is the Clous de Paris (hobnail pattern) on the bezel. The now-discontinued Ref. 5119 from 2006 had the same bezel design, and the 6119 is framed as the successor to that reference. The 5119 itself succeeded the 3919 (circa 1985), which featured black painted Roman numeral indices, small-seconds dial at six o’clock and straight lugs.

Although it’s easy to get drawn to the bezel, I think we should pay closer attention to the case and dial designs to really understand the 6119. The case design of the 6119 is a clear departure from the straight-lugged 5119 and 3919. From that point of view, the design is strongly influenced by the 96D, which dates back in 1934. The 96D was the first model to feature the Clous de Paris bezel with the lug design highly integrated to the middle case – details that are synonymous with the Calatrava today. The set of bullet-style faceted and applied gold indices is another design detail found on the 96D.

The manufacturer themselves have stated “Thus, Patek Philippe has returned to the roots of the Calatrava design vocabulary … ” in the press release. As I expressed in “The reason why Patek Philippe Calatrava 5196 is an absolute classic“(Japanese only) last year, only the models that inherited the aesthetics of the 96 series are the true Calatrava in my mind. I also think the fluid and highly integrated case design flowing from the middle case to the lugs gives a watch the Calatrava-look, and Patek Philippe themselves might be sending that message. We shall see how it pans out in time, but if the 6119 is an indicator of where the series is headed, I like what I’m seeing.

Now, the 6119 isn’t a simple homage to the past. The gold dauphine handset is reminiscent of the 96 models, but it has an added three-dimensionality with three, instead of two, facets per hand, and the railway-track minute scale ensures legibility. The hair-thin seconds hand combined with a sharp sub-dial divided into four quarters is highly readable, as well.

And finally, let’s talk about my impression on the wrist. With a larger movement, the case size has increased to 39mm, but the total height from the top of the crystal to the bottom of the caseback is just 8.08mm. That is a touch taller than the 5196, but you could say it’s a large and thin watch. The wide (for a dress watch) 21mm lug spacing is quintessentially Calatrava, and the watch provides a great stability on the wrist thanks to its proportion. This may sound cliché, but the watch is very light and comfortable. With the highly ornate Clous de Paris bezel and three-dimensional hands, the new Calatrava gives a bolder impression compared to its predecessor. Thanks to that, I think the 6119 has gained a quality that invites you to wear it daily, which is a departure from the decisively dressy 5196.

The 6119R features a grained silver dial while the 6119G opts for a charcoal gray dial in vertical satin finish coupled with a circular grained sub-dial. The former variant is officially called silver(y), but it has more of a soft off-white tone to it, and the look of the latter dial changes dramatically with the light. Both are very attractive in different ways, but my personal pick would be the 6119G. The white gold case oozes luxury in a calm and subtle manner, and the contrasting finishes between the main and the sub-dials emphasize the presence of the second hand.

The traditionalists may have mixed opinions of the modern-day Calatrava, but the new movement and styling hint at the arrival of a new era for the Calatrava. To be honest, I always felt I couldn’t quite relate to the Calatrava line due to its strictly dressy nature. I think the 6119 has a refreshing new look that is more versatile. Currently, there are only two Calatrava models with Cal. 30-255, but I very much look forward to seeing the expansion of the new series.

This post ran on HODINKEE Japan on October 17th 2021 and has been edited before publication.