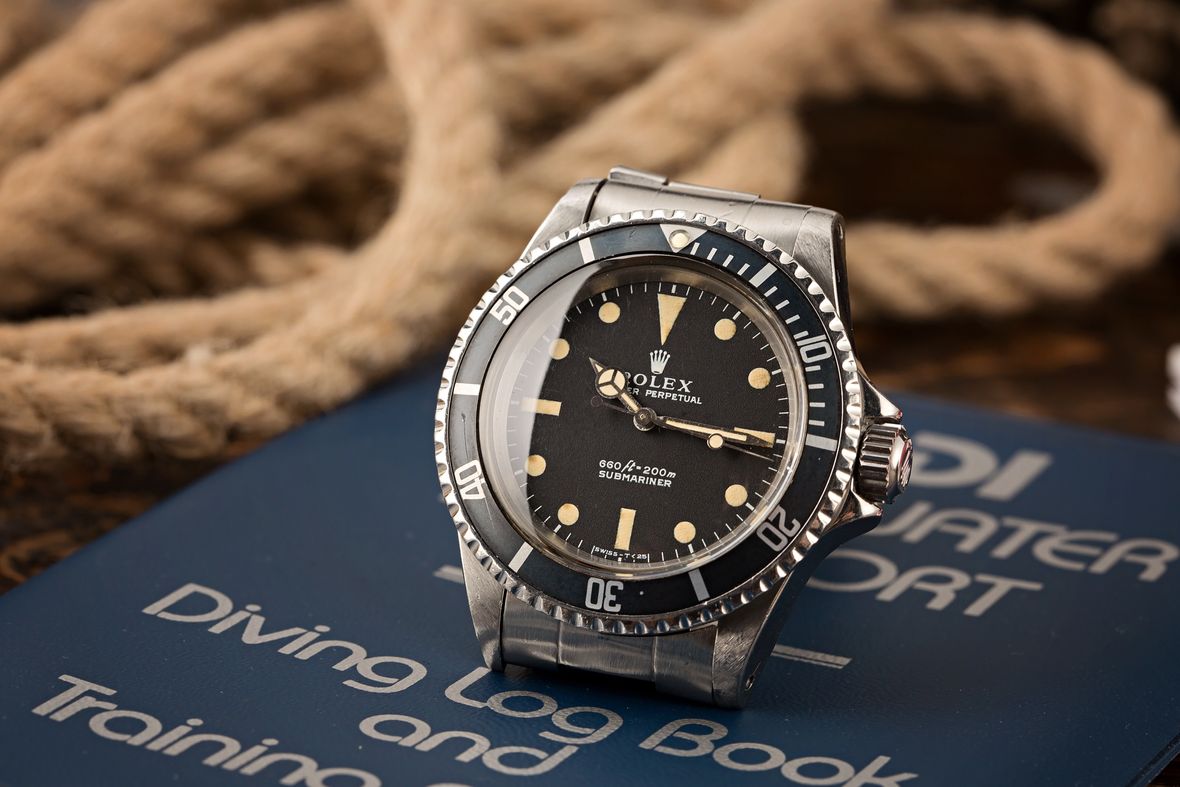 Given that Rolex is the world’s most famous luxury watch brand, it probably comes as no surprise that the Swiss watchmaking giant currently only makes chronometer-certified watches. In fact, Rolex goes a step beyond the industry-standard Contrôle Officiel Suisse des Chronomètres (COSC) certification with its own “Superlative Chronometer” standard. Since 2015, every Rolex watch is guaranteed to be accurate within -2/+2 seconds per day, and almost all models bear the “Superlative Chronometer Officially Certified” label on the dial.

However, it wasn’t always this way. For instance, several of Rolex’s earliest sports watches (most of which are now highly collectible) were not chronometers. Think vintage Daytona chronographs and early pre-crown-guard Submariners. Also, some of the longest-running references in Rolex’s archives never ran on chronometer-rated movements. Perhaps surprising to some, a handful of models held on to their non-COSC certified movements as late as the mid-2000s. From manual to automatic movements, read on as we take a look back at some of Rolex’s non-chronometer watches. 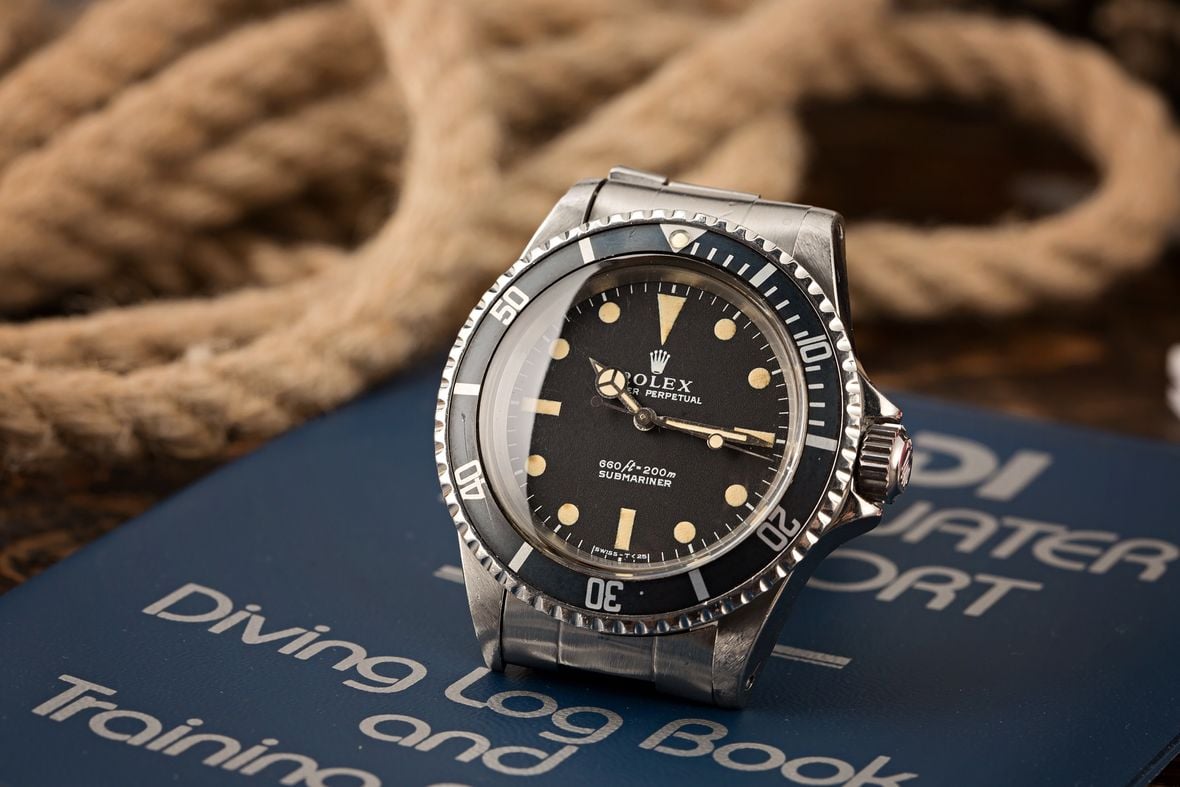 The brand introduced the Rolex 5513 in 1962 as a more affordable alternative to the chronometer-certified Submariner ref. 5512. Although the two watches were almost identical on the outside, reference 5513 relied on Caliber 1520, which was not COSC-rated. As a result of its more budget-friendly movement, reference 5513 lacked the additional “Superlative Chronometer Officially Certified” text on its dial.

In short, the no-date Submariner was only available as a non-COSC rated watch from the time that Rolex discontinued the Rolex 5512 reference (in 1980) until late 2007 when the reference 14060M was finally given the same chronometer-rated status of the Submariner Date models. 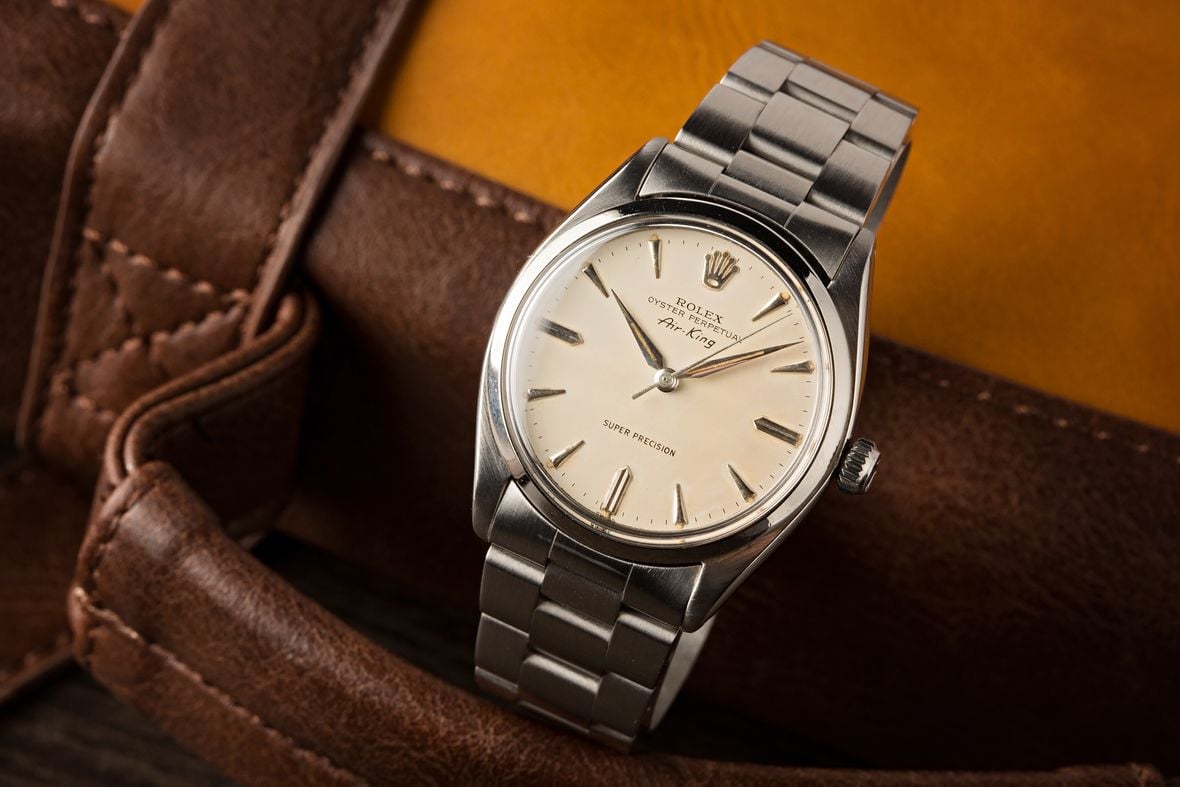 The Air-King was originally created to be a reliable, no-frills watch that could occupy an entry-level spot in Rolex’s lineup. The reference 5500 was introduced in 1957 and remained largely unchanged for the entirety of its more than 35-year production run. The Air-King was able to achieve its lower price point by using the non-chronometer-rated Caliber 1520 or 1530 self-winding movements.

Consequently, Air-King ref. 5500 watches do not have the words “Superlative Chronometer Officially Certified” printed on the dials but are instead branded with “Precision” or “Super Precision.” Although not a hard and fast rule, generally speaking, Precision dials denote the presence of Caliber 1520 inside the case while Super Precision dials mean there’s a Caliber 1530 movement powering the watch. Some of the earliest examples of the 5500 have absolutely no text printed on the lower half of their dials. These “pre-precision” Air-King dials are some of the cleanest dial designs that Rolex has ever put forward, and are emblematic of an earlier and less standardized time in Rolex’s history.

It was not until 2007, with the introduction of the reference 1142xx series, that the Air-King finally became a certified chronometer and had the accompanying, “Superlative Chronometer Officially Certified” text added to its dial. 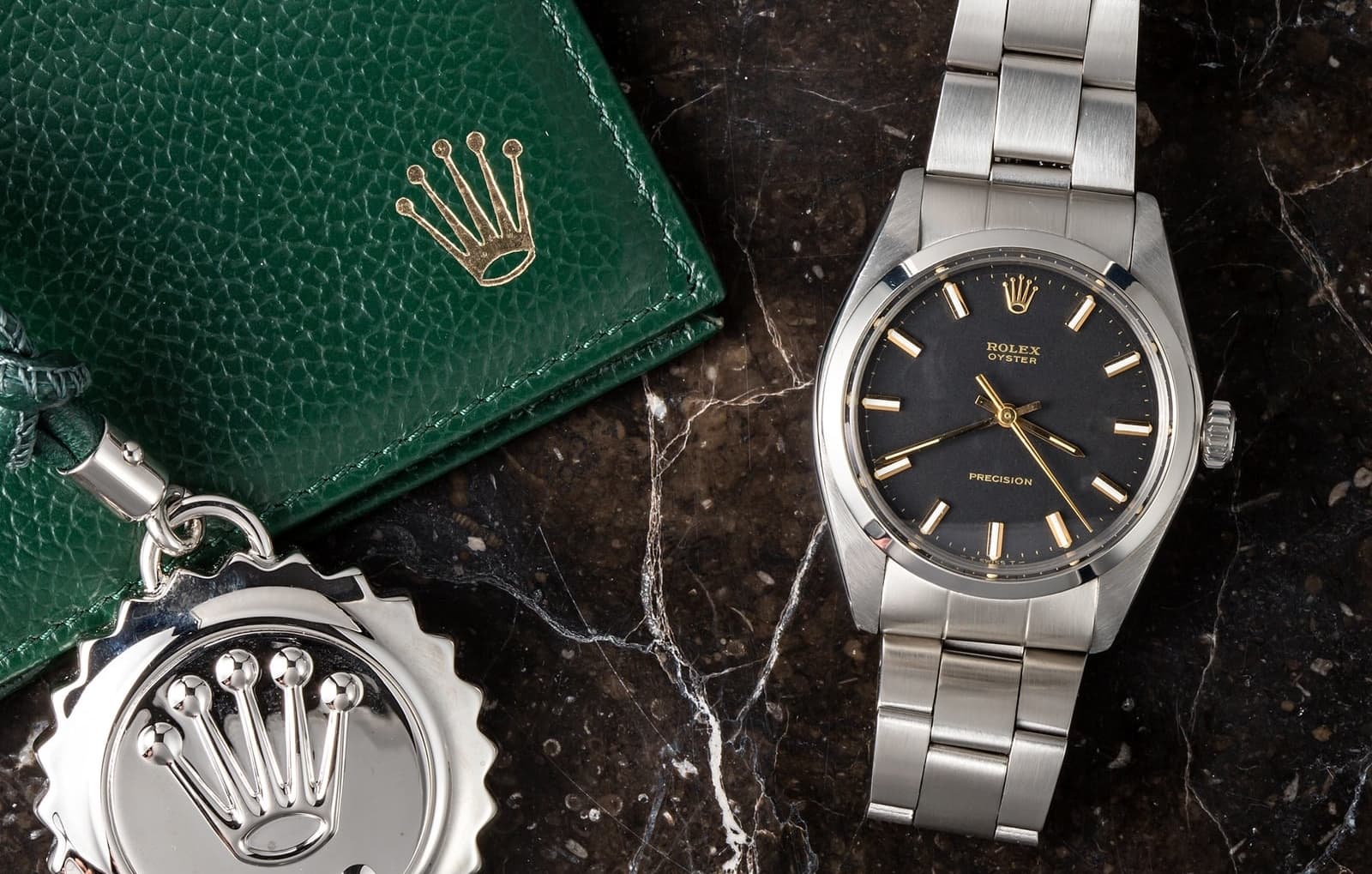 The vintage Oyster Precision 6426 is just about the simplest Rolex watch you’ll ever see. Produced from the mid-1950s until the mid-1980s, this long-running Rolex reference sports a steel case measuring 34mm, a straightforward time-only dial, and—not often seen in Rolex’s lineup – a manual-winding movement.

That’s right, these Rolex timepieces don’t run on the famed “Perpetual” movements but rather, on hand-wound Caliber 1210 or 1220 movements, which emphasizes the vintage vibe of the watches. Plus, the “Precision” text on the dial lets us know that the ref. 6426 isn’t a chronometer. Depending on the production era, Rolex Oyster Precision 6426 dials (which are generally silver, black, or blue) can have radium or tritium lume, in addition to dauphine or pencil hands. 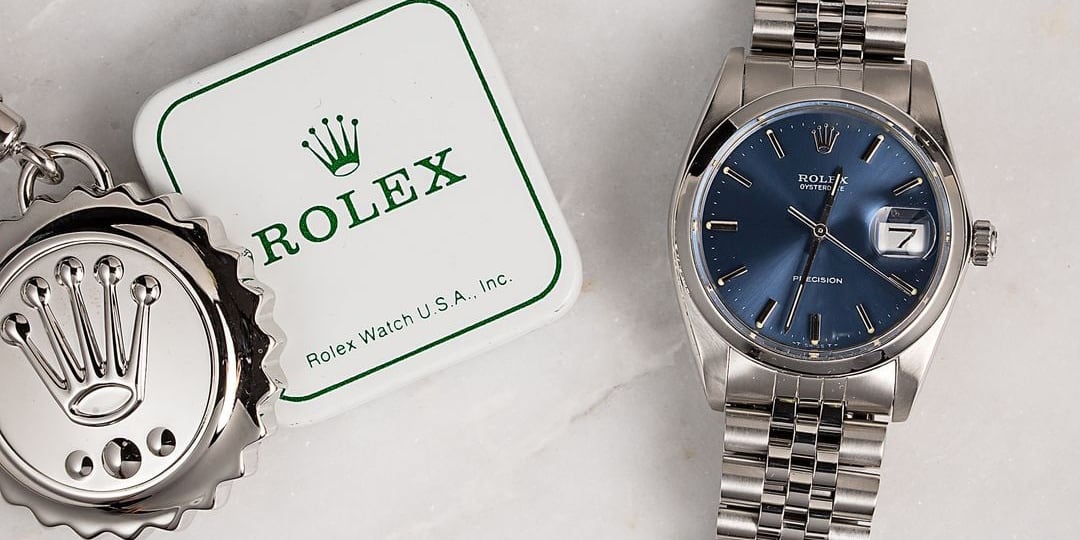 Similar to the Oyster Precision 6426 in terms of size and straightforward looks, the Oysterdate Precision 6694 has the additional benefit of a date window as 3 o’clock – complete with a Cyclops magnification lens above it. Rolex Oysterdate 6694 watches were mostly fitted with black or silver dials, but there are also examples with blue, champagne, and white ones.

The Appeal of Non-Chronometer Rolex Watches

Today, every single watch in Rolex’s catalog contains a chronometer-certified, in-house movement. Even modern Cellini watches are certified chronometers even though their dials do not include the familiar “Superlative Chronometer Officially Certified” text that appears on all the other Rolex watches.

As previously mentioned, many of Rolex’s very early watches are not certified chronometers. Furthermore, as we’ve illustrated, a number of non-chronometer watches managed to remain in production for numerous decades without ever receiving a COSC-rated movement. Although non-chronometer-certified Rolex watches may not promise quite the same degree of timekeeping as their COSC-rated counterparts, many collectors prefer them to chronometers.

While the “Superlative Chronometer Officially Certified” text on the dial of Rolex watches is intended to be a hallmark of precision and therefore viewed as a badge of honor, many collectors appreciate and indeed covet the aesthetics of the less text-heavy non-COSC dials. This explains why two-liner Rolex dials often command higher prices than their four-liner dial counterparts of the same reference.

The post A Quick Look at Some of Rolex’s Non-Chronometer Watches appeared first on Bob’s Watches.